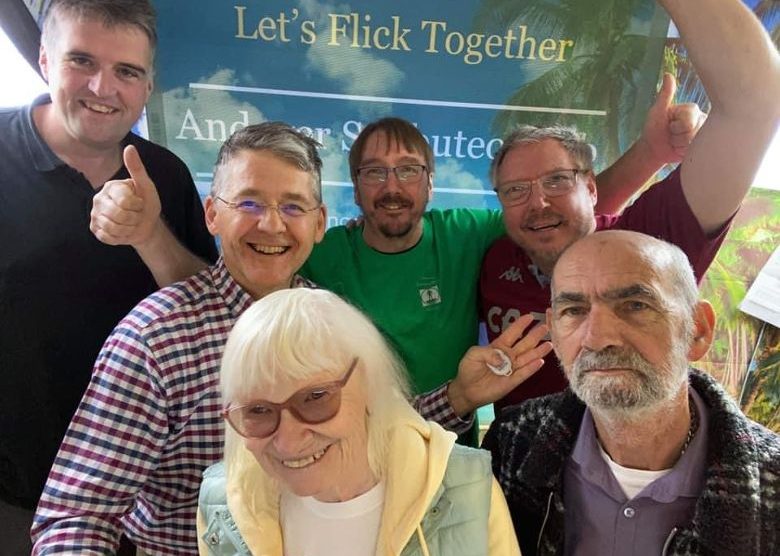 The newly opened Andover Subbuteo Club held a Members Open Day on Sunday 24th October, the attendance was good with some enthusiasts travelling from London and Banbury for the event .

Chris Burford, is the owner of the Club. He has been a Subbuteo fan since childhood. He didn’t play then for many years with work and family life taking priority but during a house move four years ago, his interest came to the surface again when he discovered his old Subbuteo table in the loft and his enthusiasm for the game was reborn.

The Club boasts 6 full sized pitches, a 5- a- side pitch and a 7- a -side pitch. The tables have different textured surfaces to play on, including beach and ice, which require different skills to the normal ‘green grass’ pitch. For those who have never played before or are a bit rusty Chris has a mini practice pitch you can use until you are confident enough to use the full sized tables.

The emphasis is on having fun.The Club is intended as a meeting place for like- minded people to come and have a chat and a few games of Subbuteo . You will be welcome no matter what level you play at.

Friendly tournaments are arranged for Open Days, such as this one. For this tournament the players were Chris Burford, Alan Crampton , Gianluca Zucchelli and Jon Willing . The winner won a box of chocolates, which on this occasion organiser Chris Burford won.

Gianluca, who moved to England from Italy 17 years ago commented “ I find the game very relaxing. It is massively popular in Italy. I travel round to different Subbuteo events. I just love it”

Alan Crampton from Banbury is a lifelong Aston Villa and Subbuteo fan. He began building his own Subbuteo Villa Park back in 2018. Currently he is building the stand which will hold 14,000 tiny crowd figures.

It was local man Jon Willing’s first visit to the Club . He started playing at the age of 12 and now after a few years break is getting back into it again.

Chris has a huge amount of Retro Subbuteo memorabilia on display in the Club dating back to 1954. He has some very impressive items in his collection including lots of original sets of figures. A fellow enthusiast reprints the tiny figures for him as it is a very specialised skill.

The Club has a very welcoming friendly atmosphere with tea, coffee and soft drinks always available and biscuits of course. Visits are BY APPOINTMENT ONLY. The Club is open from 5.30-7.30 on Wednesday evenings and open days are arranged once a month on Sundays 11am -3pm. The next open day is on November 28th.