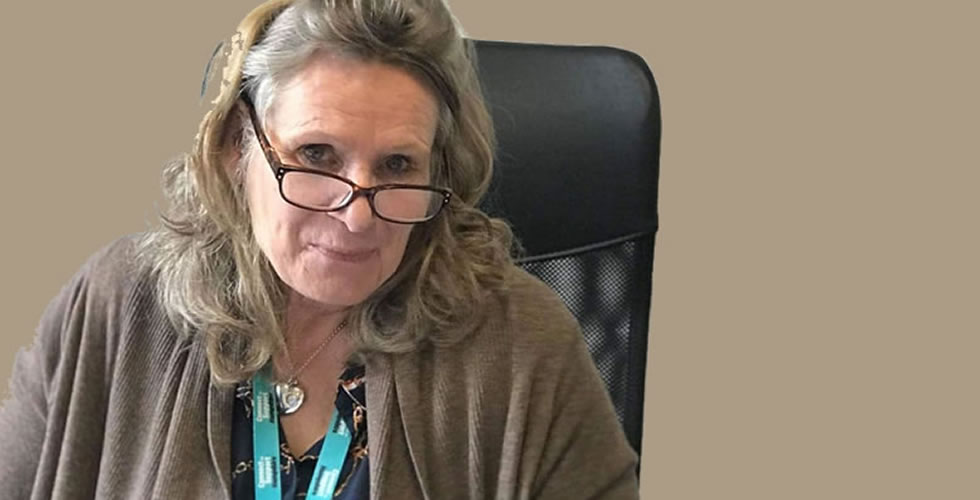 We want to introduce you to some of the amazing people around Andover that are giving up their time, using their skills and helping others.

Meet Christianne Ireland… she’s a one of the beautiful people at Unity.

If you were going to take anyone to a gala sporting event, take Christianne Ireland.

Vivacious, engaging and cultured, she isn’t just the lady you hear on the radio every day as she updates North West Hampshire on the work of the Unity Coronovirus Helpine… there’s so, SO much more to this amazing lady.

Last week Christianne continued to work every day at the Helpline – assisting less able people across the Test Valley – despite learning that the she lost a family friend – Sir Stirling Moss.

Christianne says, “Growing up, Stirling was an integral part of my life from as early as I can remember and on the odd occasion he was known to look after me as a baby. They had a bond that went beyond just being friends.

“Whilst they were never team mates, in 1960 when Stirling had a reasonable chance of getting more points for the championship than my Dad, his car (a lotus 18) was not fit-for-purpose, Dad decided in his ultimate wisdom that he would say, ‘Stirl use mine‘.

“Sure enough Stirling drove Dads’ car in the Monaco Grand Prix – which helped get him sacked by Colin Chapman the following year.

They laughed, they played, they cried together.”

As hard as it is not to reference Christianne’s really respected father, we think Christinne deserves her own ‘legend’ status.

On working with the Unity Coronavirus Helpline, Christianne says she does it for simple reasons, “Just knowing that you are able to help people in the community by talking to them, by listening to them, by reassuring them and telling them that there is support and help for their concerns and practicalities.

“By confirming that a volunteer has been actioned to get those prescriptions/food to them. You can hear their relief.

“It has taught me so much about how a crisis happens so quickly, and how we can all do something to help – the helpline is just the first part of that process of asking for help. “

On the radio each day you will hear Christianne advise – without fail – “Stay safe, stay positive”. David Harber from Andover Radio who is also a trustee at Unity said, “I adore Christianne’s positive outlook.

“Her enviable natural ability to get on with people and communicate clearly has helped many hundreds, if not thousands of people across the Test Valley in the past few weeks.

“If I were going to select someone to rely on in times of trouble, if only to keep spirits up with good humour, I’d choose Christianne”.

Christianne told us, “I had a lady who was distressed about worrying how she would get her prescription – we then got talking about other things and how this crisis might help her – on the phone we ended up laughing and she said “ oh that was wonderful to be able to laugh with someone and lighten my worries”.

She is utterly full of good humour – and with several lifetimes of experience – you’d want her to join you on that desert island for conversation.

“We had another lady who called having received two food parcels,” Christianne told us. “She said ‘What can I do with these? I can’t eat any of it with my problems, its sitting in the middle of the garden and even the F-ing cats wont even eat it!’. Using her usual accepting humour Christianne solved the lady caller’s issue without question.

In her natural self-effacing manner, talking of local charity Unity, Christianne says every volunteer has their part to play, “It is a little like having a small Squadron – everyone used their skills and wit to complete the tasks in hand. They are awesome.

“I would have them back in my team any day and in any crisis.

She adds that the team at Unity have been amazing with a lot of “hidden work behind the helpline”. She adds, “Without them this would not work. Terry (Bishop, CEO of Unity) has been hands-on since day one and rose to the challenge without a blink.

“It makes me privileged to part of it”.

With a naturally built-in deference to her own achievements, Christianne concludes, “I feel extremely humble witnessing everyone out there in our community doing what they do so well.“ 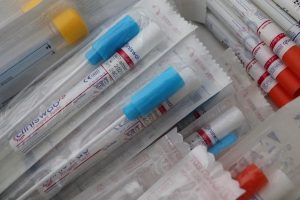 Teaming up to boost vaccination numbers in Andover 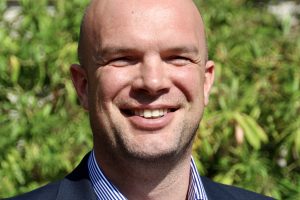 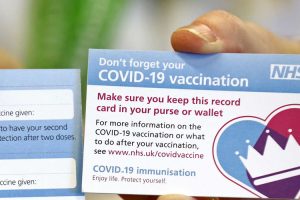 Are you up for the 2.6 Challenge?
Let’s send Captain Tom birthday wishes from Andover