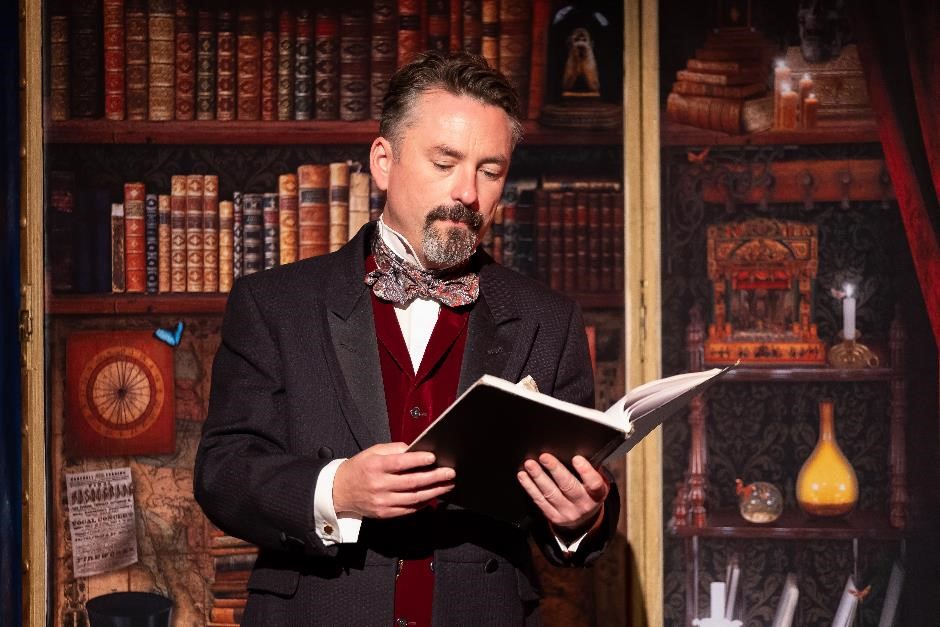 This festive season European Arts Company returns following a highly successful 2018 run of A Christmas Carol. Inspired by Dickens’s own charitable work, the 2019 tour is in aid of Great Ormond Street Hospital, reflecting the heart-warming message of Scrooge’s philanthropic transformation in this perfect Christmas story.

Audiences will be thrilled to experience A Christmas Carol as Dickens himself performed it over 150 years ago. He was the first writer to publicly act out his own work and, in doing so, invented a new genre of performance. Working with the script Dickens used, actor John O’Connor plays over 20 characters, skilfully drawing the audience into this Victorian ghost story about the power of compassion and generosity to transform lives.

Deftly taking them from Dickens’s own warm study, to Scrooge’s freezing house and the Cratchits’ welcoming dinner table even the most miserly of hearts will be stirred this festive season. Beautiful sets by Tom Paris are based on a combination of Dickens’s travelling cases and the warmth of his London sitting room, lending real intimacy to this poignant production.

This is a beautifully intimate piece of storytelling with a familial, cosy atmosphere. It embraces its classical origin and has a true heart-warming Christmas spirit (York Press, 2018).

John O’Connor lives in Rochester where Dickens grew up and set many of his stories including Great Expectations, The Pickwick Papers and The Mystery of Edwin Drood. O’Connor says, “In these times of austerity and uncertainty, this beautiful story is as relevant now as it was in 1843. It’s fascinating to see how Dickens communicated it so directly to his audiences in public performances. He made them laugh and cry in equal measure, taking them on a magical journey and imparting the true spirit of Christmas. The show is a chance for audiences to feel what that was like. It’s a joy to do and we will have some fun along the way”.

Laura Savory, Head of Community Fundraising at Great Ormond Street Hospital says “We are delighted that European Arts Company is raising money through their production of A Christmas Carol to support the valuable work of Great Ormond Street Hospital. Charles Dickens was instrumental in helping to support the hospital when it was founded in 1852 and did some early public readings of A Christmas Carol in aid of GOSH”.

This production has been generously supported by Arts Council England.