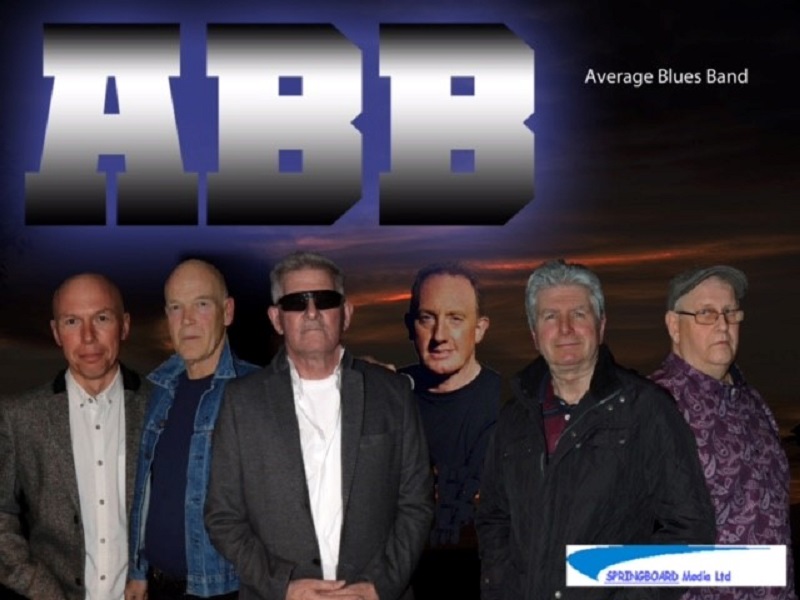 After nearly 2 “lost” COVID years, ABB are back, and planning is to make up for lost time in 2022, with some new songs, and extra energy from the enforced break!

With many of their dates now featuring acclaimed vocalist Ray Foster, the band has for 34 years ploughed their own furrow in the blues world, initially as The Average Blues Band, with a set of original material, supported by lesser-known blues classics.

ABB can deliver “foot-to-the-floor” pub blues band material if you want it but are equally at home in a concert atmosphere.  Their music is rooted in the blues, but not constrained by it!

With appearances at many blues festivals, and live sessions on BBC Radio 2, music from their 5 albums has been featured on national and local radio, and even on TV show Homes under the Hammer, where their instrumental EB Boogie was used as a theme tune!

Guitarist magazine, in reviewing the band said “I would put this lot up against any of the bands currently flying the flag for British blues” – praise indeed!

ABB are used to playing large concert venues, intimate village halls, festivals, clubs, and private engagements. Whilst being loud enough to be heard, you won’t go home with your ears ringing!