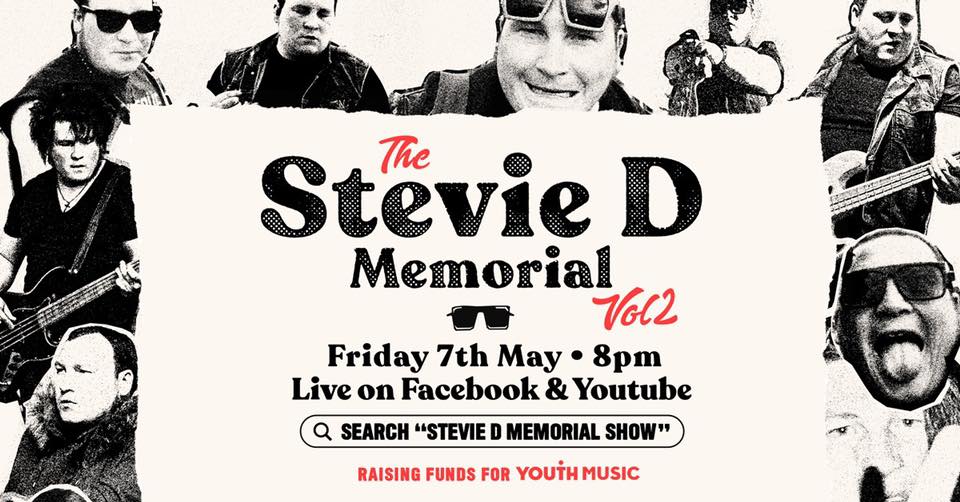 The Stevie D Memorial Show has been set up in honour of our dear friend Steve Dillon who tragically died from an aneurysm on 23rd March 2016 at the age of 34.
Steve was a much loved member of the Andover community and in particular, was one of the driving forces in the Andover music scene. Steve worked at and eventually ran The George Venue which saw bands such as Don Broco, Deaf Havana, Lower Than Atlantis, Terror and While She Sleeps grace its stage. Steve was also a founder of The Rockhouse in Andover. He ensured that no matter who you were, you had the opportunity to play music and be seen.
Steve was also a bassist in bands such as Sondura, Power Funk Trio, Bad Love and Liquor, Fluid and Stonebreaker to name a few. His love for music was infectious and led Andover to become part of the touring circuit for many up and coming bands. Steve’s love of music led him to become a tech and later tour manage bands such as Lost Alone, Jody Has A Hitlist and FVK!
The loss of Steve hit our community hard however in August 2016 The Stevie D Memorial Show took place over 2 days and 2 venues. This gave friends and family the opportunity to come together to celebrate Steve’s life. Over that weekend, we raised over £2,100 for Youth Music UK who are a national charity investing in music-making projects which support children and young people aged 0-25 to develop personally and socially as well as musically.
You can find more information on the work that Youth Music do on the link below.
https://youthmusic.org.uk
This year marks 5 years since the passing of Steve and also his 40th birthday which he would have hated. Therefore we are inviting you to a virtual gig to celebrate not only Steve’s birthday but also his life. So please grab a beer, get comfy and rock out with us!!
Much love,
The Stevie D Memorial Show Team
+ Google Calendar+ iCal Export