Originally an Essex boy, Graham moved to Andover in the late eighties where he has now lived longer than he has anywhere else. His children all grew up and went to school locally, and it looks like his five granddaughters will too. The family connection to Andover is important to Graham. It is his motivation for helping to make Andover the best place on the planet to live, laugh, learn and work.

For the last 30 years, Graham has worked for some of the worlds largest technology companies helping major corporations and government organisations transform and improve through the adoption of digital technologies. Having now stepped back from corporate life, Graham is looking to have some fun and give something back. He believes that local radio is an essential component of a thriving community.

Graham was on the verge of committing to a professional radio presenter career in his early years until he stumbled on an opportunity in the IT industry. With an imminent marriage and mortgage on the horizon, radio presentation took a back seat. That is until now……

DATE OF BIRTH:  Graham had an easy paper round, so he looks younger than he really is

FAVOURITE MOVIE: Graham’s not really a movie person. He’s even been known to fall asleep watching a James Bond movie at the cinema.

FAVOURITE MUSIC: He describes his taste in music as eclectic. Anything good is the official answer. Graham is a massive fan of Jimmy Buffett describing his songwriting as up there with the best of them

LIKES: Being by the water. The countryside. Conversation and banter with friends. Interesting stories. Being creative. Making a difference. Family time and dogs

DISLIKES: Energy sappers. Negative individuals. Filling in forms. Wastefulness. Seeing dumped rubbish especially in the countryside and on the beach.

Graham is on 95.9FM Andover Radio every weekday morning from 9am with the Mystery Year. 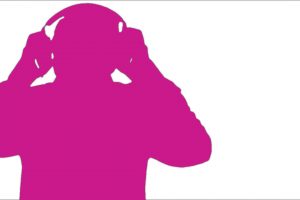