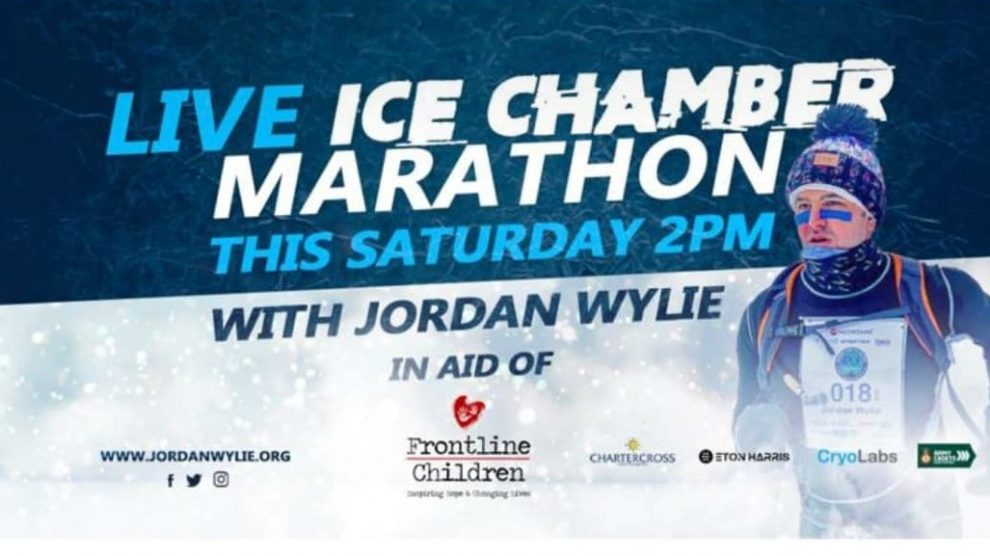 Author, adventurer and a down right great person, Jordan Wylie, is not letting anything slow him down in his pursuit for raising money and awareness for various charities he supports.

Jordan Wylie is currently on his running dangerously polar expedition tour that has seen him run some of the toughest marathons in the coldest climates, he has done Siberia and Iceland and was due to fly out to the North Pole for a gruesome marathon where temperatures can drop to minus forty degrees and the threat of polar bears very real.

However with the Corona Virus outbreak, Jordan’s expeditions have been cancelled, but that hasn’t stopped Jordan from achieving his goals and staying positive. So Jordan will be bringing the North Pole to the UK as he will completing what he has set out to do as he will do a marathon in a Cryo Chamber, recreating temperatures similar to the North Pole. CryoLabs in Poole will be staging this gruelling marathon. The event will be streamed live via Jordan’s various social media platforms, 2pm this Saturday, and the more he raises on the day the colder the chamber will get.

To date Jordan has raised over £1,000,000 for various charities both local, national and international. Jordan is an ambassador and a trustee for a variety of charities and is a patron for local Andover charity, The Abel Foundation.