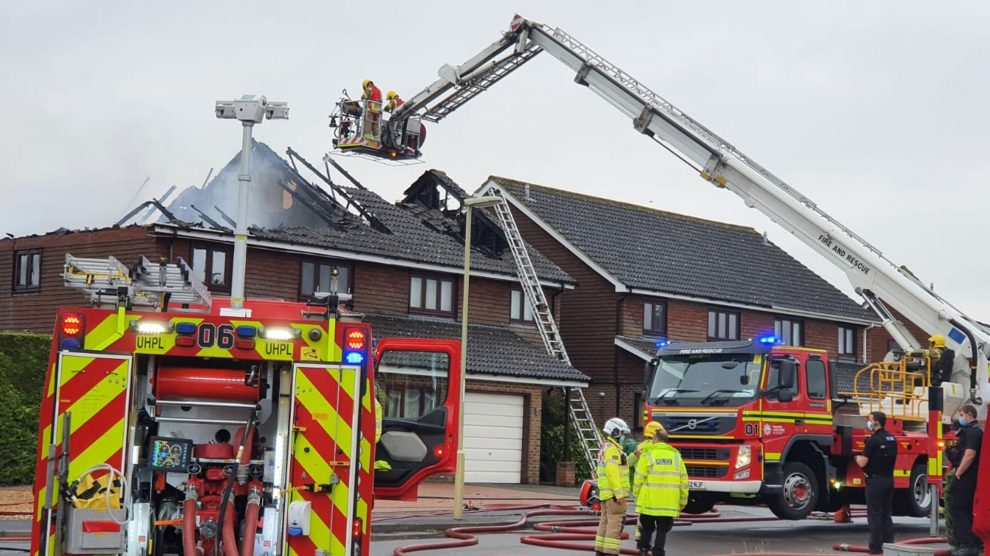 Two houses in Mercia Avenue, Andover were ‘severely damaged’ after being struck by lightning in the storm last night, Hampshire and Isle of Wight Fire and rescue service have said.

Both of the roofs and top floors seem to have been destroyed of the semi detached properties.

Firefighting crews from 7 surrounding areas were all called to the scene.

A Hampshire and Isle of Wight Fire and Rescue Service spokesperson said “One ariel ladder platform and two 45mm jets were used at the incident”.

A 70-year-old woman who was in the property at the time was attended to by paramedics but not taken to hospital said the fire service.

A road closure is in place while crews work to make the area safe in Mercia Avenue, Charlton.

It comes after a week of extreme heat, where we have seen souring temperatures above 30c. The Met office have issued a thunderstorm warning for Saturday and Sunday this weekend. Forecasters have said that we should expect heavy rain today (Saturday).