Oakwood sponsored Andover followed last week’s demolition of Alton with a performance of pure class away at Solent University.

Unbeaten, top of the league and confident, the home side could not have anticipated what was about to hit them as Andover simply dismantled them in every department.

From the kick off Andover tore into their opponents and not even the loss of star centre Niko Rowe after just three minutes could dampen their ardour.

James Dawson replaced Rowe almost seamlessly and Andover simply carried on where they left off against Alton the week before.

Man of the match Tom Waite showed his intentions with an early thirty metre break to give Rich Rettalick a penalty chance and he gratefully accepted to set Andover on their way.

Solent tried to respond but were met with a solid wall of black as Andover shone equally in defence.

Andy Franklin and Martin Smiles are growing as a half back combination and took turns to demoralise Solent with some fine tactical kicking as Andover stood firm.

Andover then turned the screw up front with Waite, Reed and particularly Alex Hibidge devastating the Solent front row and with stand in skipper Marc Wilding and Aaron Hatcher in fine form at the line-out further scores were inevitable.

On the half hour Froggett fielded a defensive kick and his excellent run fed powerhouse ‘Fijian Paul’ Tuinsakea to power over from twenty metres.

Half time came and went without further incident except a yellow card for winger Dave Catt, but Andover were slowly strangling the life out of any Solent hopes of a comeback.

On fifty five minutes the Andover pack administered the hammer blow they had been threatening as Wilding finished off a pushover try converted by Rettalick.

Even uncontested scrums did not help Solent much as Simon Preece simply went on the rampage with his back row colleagues and before long Andover added two more lovely scores through Froggett and the superb Jack Stott.

Even a late second yellow for Catt could not take the shine off of things for Andover coach Andy Waite. “We were absolutely superb today and showed last week was no fluke.”

He said. “To be honest the only surprise is that we didn’t score more tries as we missed several other good chances. The challenge for us now is to be more consistent because when we play like this we are the best team in this league.”

“We have a lot of tough games to come and we need to be as good as this all of the time if we want to get out of this league.”

Next week Andover have a break from first team action before another top of the table clash against US Portsmouth the week after. 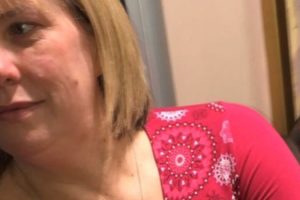