Barclays Corporate Banking sponsored Andover 2s continued their strong start to the season with a display of powerful hard running rugby that blew away a tough Trojans outfit. [Read more...]

Barclays Corporate Banking sponsored Andover 2s continued their strong start to the season with a display of powerful hard running rugby that blew away a tough Trojans outfit.

Despite facing a strong, experienced pack Andover won enough ball up front to feed their fast young backs who revelled in the conditions to run in try after try. Captain Steve Rogerson was keen to keep discipline under control and cut the penalty count and his players responded well especially at the breakdown. Jonny Rogers was first on the score sheet with two tries after offloads from Jack ‘Chalky’ White and Man of the Match Dan Farr.

Farr impressed throughout and the young scrum half, still officially a colt, looks to be the latest bright product of the thriving Andover Academy. Andover should have extended their lead but Josh Pritchard ran out of steam after a length of the filed dash but with no support the move broke down.

Just before the break Farr showed how to do it touching down after a similar dash to the line. With a Trojans player in the bin Andover took full advantage and after half time Henry Rennison soon added to the score. From his own chip ahead.

Team Manager Jody Morgan then showed off his skill and pace, handing off several Trojans players before passing to Rich Woodley to score and convert confidently. Next up Billy Pollard crashed over from a short scrum and Andover looked out of sight. Trojans to their credit battled back and scored a neat try of their own, but Andover stung into action, Andover continued to attack and a further tries soon came from the ever improving Rennison.

As the final whistle came the score looked huge but this was a real test and shows that if you keep playing for eighty minutes points will eventually flow. This young side packed with ex academy players is proving to be a real development platform and Andover now have the strength in depth they need to progress. Andover host Sandown & Shanklin next week, which is likely to be the toughest test so far, as their education continues. 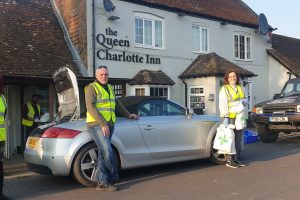 FEATURE: An Ovation for the Isolation Organisation 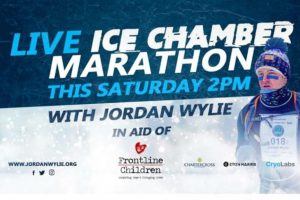