Parents admit they find it easier to talk about the birds and the bees with their kids, rather than tweets and memes.

Confused parents say they are forced to ask their children for advice on tech such as apps and computers – with more than half (57%) saying their 6-14 year old kids help them out, rather than the other way around.

They might be familiar with classic acronyms like LOL, BTW and ATM, but only 7% of mums and dads are familiar with PAW, meaning ‘parents are watching’ – with 10 per cent not understanding any at all.

Over a quarter don’t know what Tik Tok is, with 48 per cent being aware of it, but not knowing how to use it, according to a new study by BT Skills for Tomorrow.

When it comes to advice, one in five children wouldn’t ask their parents a tech question because they rarely know the answer, while 35 per cent say they aren’t familiar with the websites or apps they frequently use.

Over half (52 per cent) of the 1,000 children surveyed claimed to know the same or more than their parents about the internet

Mums and dads are keen for their children to be good at Maths, written English and have good social skills, with many seeing tech skills as less of a priority.

When it comes to preferred careers, IT jobs (such as coding and web development) are the third most popular among parents, behind science and engineering, and architecture.

Parents are still children’s first choice for advice, and over 75 per cent of children said that they could learn a lot from their parents’ life experiences.

As kids get older, they become less likely to go to their parents for tech advice and look to their friends – 24 per cent of ages six to eight will go to their pals compared to 53 per cent as 13 to 14 year olds.

Over the same period the percentage of children turning to their parents for tech advice drops from 76 per cent to just 52 per cent.

The average number of apps used daily by the 1,000 children surveyed was six surveyed – with one in 10 saying they use between 10 and 15.

Despite lacking in depth knowledge, 87 per cent of parents feel confident talking to their children about online issues.

To assist in combating this technology trap the Love Andover #Lovebus, community bus service enables both adults and children to use technology at their own pace.

With onboard access to the internet and computers ready for use. The #Lovebus is the ideal way for those who want to gain a bit more IT proficiency. Just one of the services offered for all the communities in and around Andover! 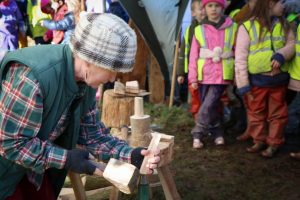 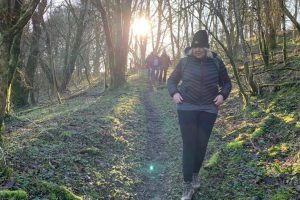