Popular local cafe and music venue is not shutting up shop, despite claims aggravated by the local newspaper.

Butters on the upper High Street has been inundated with calls from customers following online and published articles which claim the business will lock its doors for the last time next week.

Today’s Andover Advertiser reports, “After years of trading in the High Street, Butters cafe will shut, but no date has yet to be officially announced.”

Venue Manager Kyle Bayliss told Andover Radio, “We need to make people perfectly aware of the fact that we are absolutely not closing.

“The Andover Advertiser is completely wrong, and without fact . They have used their influence within the community to our detriment in what is basically unfair and inaccurate reporting.

“Is a massive kick in the teeth, so we need to let as many people know as possible that their article is wrong.”

The newspaper also claims, “Despite the business’s departure from the town, it has confirmed that it will host a special open mic night.”

Kyle from the cafe bar, famous for its regular Open Mic nights, added, “We’ve got acts booked up for the next six months practically every weekend. I’ve been inundated with messages this morning off of customers asking me if they’re gonna get refunds for tickets.

“It’s causing us massive problems just out of one little article.

“It’s like the paper have used their power within the community to completely screw us over”.

“To the people of Andover. I am writing this post to inform you that the closure of Butters that has been written about in the Andover advertiser is not only incorrect but a gross misuse of the power and authority given to the publisher of this paper… [we] are working to get this removed.”

The venue which has been considering an expansion has hosted local acts like Torn Off Strips, the Corsairs and Louis Sellers as well as leading tribute acts for artists like Madonna, Robbie Williams and Dolly Parton.

Uniquely designed inside in a vintage style, the venue is a popular attraction for people to visit the town’s upper High Street.

Customer Rebecca told Love Andover this morning, “I really like the entertainment here, the staff are friendly and they do a great breakfast.

“I think Butters is a good draw for the town, offering something different. There are always quirky vibes in here.”

Venue owners have been vocal about their opposition to the recent introduction of a controversial BID levy, but believe that Andover needs additional help to drive footfall into the town centre.

Last year the venue hosted auditions of the TV programme The Voice. This year’s event was planned for this coming Tuesday, giving vial talent from around Andover the chance to exhibit themselves to talent scouts.

However, management now say that the effect of the publicity around the venue ‘closing’ means they will have to reconsider their priorities. 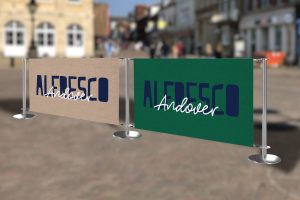 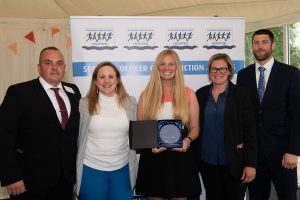