Andover’s town centre Rangers are being praised for their efforts, particularly on the run-up to Christmas.

The town centre security team, supplied by local company Venture Security have sought to satisfy a feeling of safety for shoppers and businesses in the Andover high street area. In December they dealt with 323 issues in the town centre.

Market days appear to present the greatest number of breaches. Half of all ‘business related matters’ requiring their assistance in December were on Thursdays.

Whereas antisocial behaviour incidents and attempted thefts or shoplifting remain a concern for the Andover Business Improvement District team, matters of public drinking, drug misuse and homelessness seem to have been curtailed since the introduction of the scheme. Only one instance of homelessness was dealt with last month.

Local shopkeeper Kelly Jones from Canto Gelato on the highs street says, “We love having the BID Rangers around, they help us feel secure”. The manager of Waitrose in the Chantry Centre Jeremy Board added, “The BID Rangers are immensely helpful and supportive of Waitrose and its security. On Saturday afternoon they dealt with a medical incident in store and they were able to effectively hand it over to the paramedics when they arrived.

There were 19 ‘shoplifting’ issues in December and 11 attempted thefts. The supermarket manager adds, “They already know most of the people in town likely to offend in our store and we are delighted with their appointment to the town. When we radio the BID Rangers, we usually receive an instant response, and they are here in minutes.”

This week, BID manager Steve Godwin told 95.9FM Andover Radio, “They are maintaining a daily presence in the town as usual, assisting the essential businesses that are open with queue controls, any shoplifting issues and general reassurance.

“They are also keeping watch on closed business premises, carrying out routine checks and contacting the businesses directly over situations such as property damage, any flooding or an alarm sounding.

“Yesterday, they found that the back door to one off the currently closed businesses had burst open and was insecure. Already today, they have attended to a shop lifting situation in the high street and contacted one of the businesses about an alarm that has been going off all night.”

The highly visible Rangers David Lacey and Aarron Bateson are satisfied that shoppers in Andover are adhering to Covid restrictions. They dealt with just three matters of lack of compliance to government rules in December, and were involved in just eight matters where people were not wearing a face covering in an enclosed space. 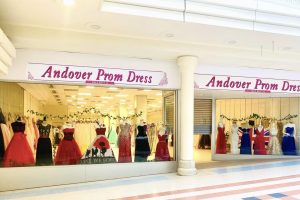 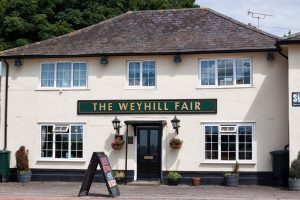