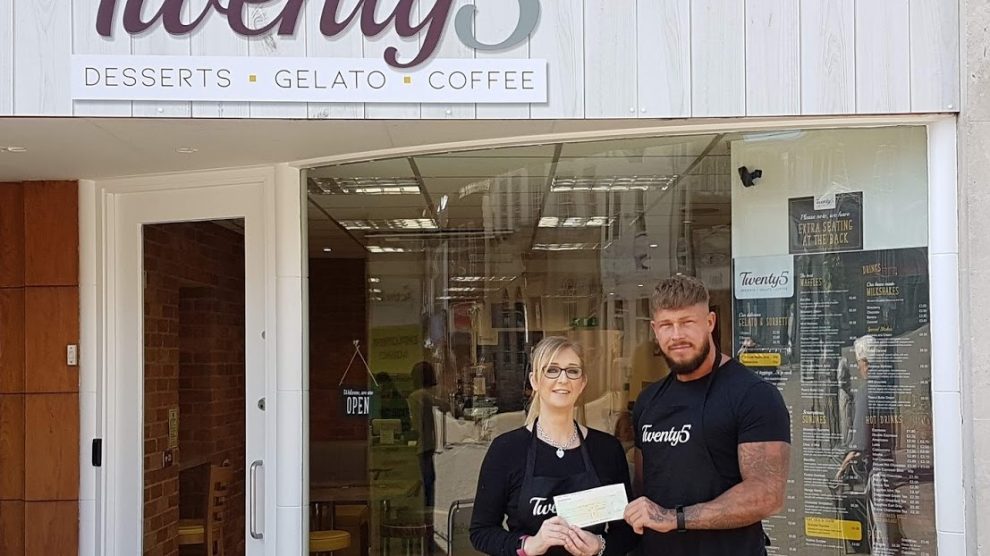 The owners of a new gelato parlour in Andover’s High Street have scooped up the first instalment of a £1,000 independent retailer grant.

Dawn Tapp and Brian Chant, owners of Twenty5, opened the doors to the public in February, offering ice cream, crepes, waffles and milkshakes to their customers.

Business partners Dawn and Brian were presented with the first £500 cheque in March and will return for seconds in six months’ time.

Dawn said: “The support we have received from customers has been astonishing. We are over the moon with the amount of people we have had through the door to try our gelato!

Brian added: “We spent a lot of time, effort and money transforming the old unit into the modern gelato parlour you see today. We are so pleased that we have been given this grant, which has was very helpful during the opening of the shop.”

TVBC’s business and economics officer, David Gleave presented the cheque to the business partners. He said: “I am very glad to be able to present this grant funding to Dawn and Brian. Twenty5 is a great addition to Andover’s High Street – I know I’ll be popping over for a scoop or two!”

Recipients of the £1,000 grant first receive £500 after three months of trading and a further £500 six months later. To be eligible for the grant, new or existing independent businesses must occupy a town centre ground floor unit which has been vacant for at least one month. Qualifying businesses include shops, restaurants and cafes.