Local businessman and county councillor, Tony Hooke, has called for the resignation of the TVBC leader, Ian Carr. [Read more...]

Local businessman and county councillor, Tony Hooke, has called for the resignation of the TVBC leader, Ian Carr.

Cllr Hooke cited a list of reasons including the 4.1% increase in the council tax which was just 0.1% short of the figure when a local referendum that would have been needed.

He said: “I am sorry to say that Cllr Carr has been in the post far too long, become complacent, and consequently the town desperately needs a change in leadership.”

Cllr Hooke also voiced concern over the time the Andover Summits are taking and the feeling that that the majority of the activity will come in the last quarter of 2014 and first quarter of 2015, in the run-up to the election for TVBC. I write to you today requesting your resignation forthwith from the position as Leader of TVBC.

The reasons are as follows:

Above all, the town and the industrial parks are rapidly deteriorating. No effort is being made to correct this situation.

Indeed it is the feeling of some that the majority of the activity will come in the last quarter of 2014 and first quarter of 2015, in the run-up to the election for TVBC.

The worst part of all this is that a number of your own councillors are whispering that you should go, but do not have the courage to state this publicly. They have asked me to do their dirty work for them.

The above, Councillor Carr, are strong indications that you have failed this town, and failed it miserably. I am sorry to say that you have been in the post far too long, become complacent, and consequently the town desperately needs a change in leadership.

I have no doubt that you will attempt to laugh this request off, and reassure your colleagues that all is well. Needless to say, I have pre-empted this move, and have pre planned a number of events which will lead to a significant loss of seats at the TVBC election in 2015. 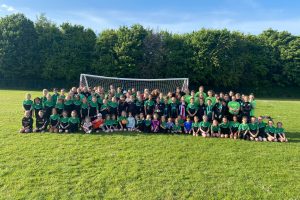