Police want to speak to them after two bottles of champagne worth more than £600 were stolen from a shop in Andover. [Read more...]

Apologies but it was Winchester NOT Andover. In a rush and just copied the Police report. Won’t happen again…promise!

Police want to speak to them after two bottles of champagne worth more than £600 were stolen from a shop in Andover.

A man and a woman were seen to enter Majestic Wine in Andover Road Retail Park, Andover, at about 4.20pm on Saturday, August 31. When a staff member was distracted they went behind the counter and took two bottles of Krug champagne and left the shop without paying. The man is described as white, aged in his late 20s or early 30s, with receeding short hair and was wearing a short-sleeved checked shirt and white trainers.

The woman is descibed as white, of a similar age to the man, with long dark hair tied back. She was wearing a patterned top, dark trousers and white shoes and was carrying a large shoulder bag.

PC Carolyn Bulpit said: “The man is seen on CCTV to put the bottles in the woman’s bag, and then they both left failing to pay for the goods. Do you know who they are?” 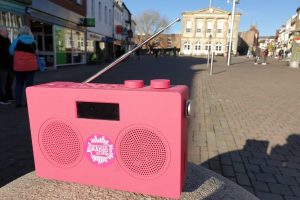 Are you Tech terrified?