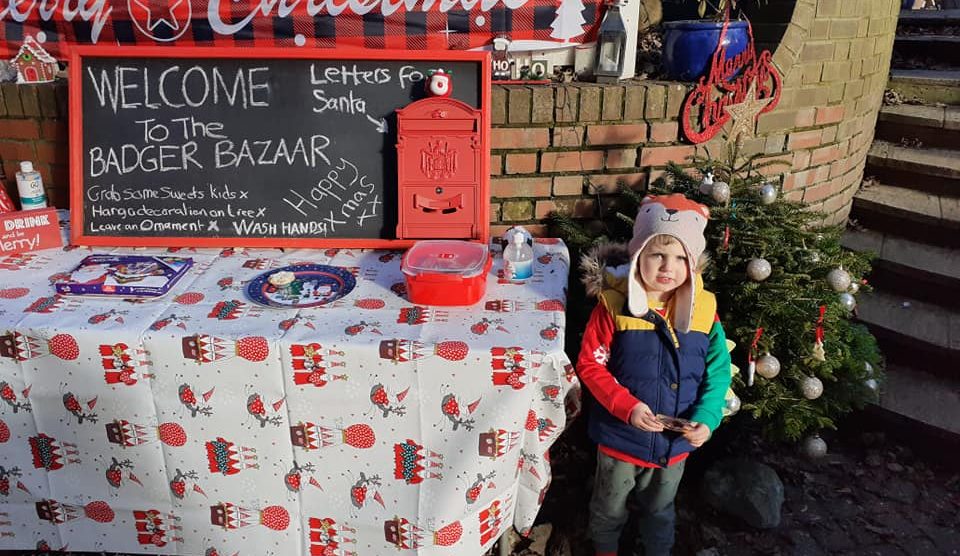 There was festive fun and fundraising in the Villages of Thruxton, Kimpton, and Fyfield to kick start the festive period.

Residents started to adorn their houses with lights and in Thruxton Richard “Badger” Smart set up the “Badger Bazaar” outside his house. The Bazaar has sweets for the children and also dog treats as well as a letter box for the children to post letters to Santa and a tree for them to hang decorations on. The Bazaar was officially opened by 3 year old Arthur Wakeman who placed the Star on the top of the tree and checked that the Haribo were up to standard!

The villages decided that this year they wanted to join together and raise money for gifts for the elderly, children and also donations to worthy local causes. The fundraising began with an online horse racing evening with the “Lockdown Leger” being the top of the bill. On Saturday they hosted a raffle and thanks to the generosity of local businesses and residents with their donations and ticket purchases they raised £1,830.

The money raised will be spent on a variety of initiatives – Presents for Elderly and Children, Outdoor Children’s Event, Donation to Kimpton School and Bright Future Pre-School, Donation to the Three Villages Sports Trust, Donations to the three village Churches and Parish Councils. Some of the money was also used to plant three Christmas Trees at the sports field to represent the three villages. It is hoped these will grow and that people can have COVID free Christmas celebrations at the field for may years.

The highlight however of the fundraising was the wonderful initiative of 5 year old Fred Jackman. Fred is a really caring lad who loves to make things and he decided to combine these talents and make wooden reindeers to sell and raise money for the village. Business was brisk and Fred raised an incredible £85! Fred decided that the money should be spent on a Christmas Tree for Thruxton Village Green and some sweet treats for the kids – of which he and his brothers were of course the first recipients of. Fred and brothers Rory and Ollie worked really hard decorating the tree with baubles and lights and the result is amazing and will be a real vocal point for the village.

Local Resident Richard Smart said “Our Community has once again shown what can be achieved by pulling together and caring for all. We have raised an incredible total of £2300 with the Christmas Fundraising which takes our total raised sine lockdown in March to a staggering £15500!

“There are so many people to thank but I’d like to make a special mention to Sabesan and the staff at Londis in Weyhill whose support through this pandemic has been incredible. They once again donated raffles prizes and also some money for the Children’s Event and continue to offer a wonderful welcoming service to our community. And of course I have to mention Fred whose Reindeer project has filled me with enormous pride. He has worked so hard on them and done a fantastic job and the fact he chose for the money to go to the village is an incredible gesture for one so young.

“He and his brothers Rory and Ollie are a credit to their parents and to the village. And finally many thanks to young Arthur Wakeman for opening the Badger Bazaar, making decorations and reminding me if the sweet tub needs to be refilled!! More fun events are planned throughout December and I just want to thank all of the residents for their support and generosity in these weird times!” 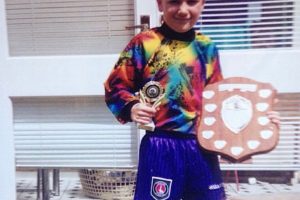 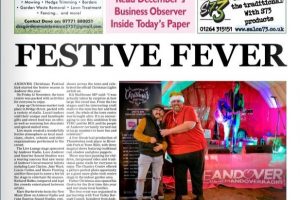 December the 4th be with you? – Quirky new independent Shop to open in Andover
“In a world where you can be anything, be kind” – Ludgershall resident making the magic of Christmas happen