Students at Harrow Way Community School recently celebrated the 6000+ languages spoken around the world as part of the European Day of Languages.

The international event, now in its 16th year, was created by the Council of Europe to promote the rich linguistic diversity of Europe and to raise awareness of the importance of lifelong language learning for everyone.

Across the entire curriculum, from Maths to Food technology, students and staff embraced a number of new languages. Whether during the morning assembly, quizzes in tutor groups or register at the start of each lesson, the mother tongue was put on the back burner and vocab from countries such as Poland, Germany, Hungary and Greece were used in the lessons.

Commenting on the success of the day Julia Phillips, Acting Curriculum Leader of Modern Foreign Languages (MFL) said: “Students at Harrow Way learn Spanish and French but we also wanted to introduce everyone to the rich variety of languages spoken everyday throughout the world.

“We equipped all our teachers with a huge list of different languages which they used throughout their lessons. It was a fun and creative way to introduce another layer of learning into the classrooms while celebrating the variety of languages in the diverse world we live in”.

Harrow Way teachers took part in a multi-lingual video. Speaking in French Headteacher Michael Serridge and his PA Helen Vanderplank spoke about the importance of learning languages, speaking in German Dawn German, Assistant Head spoke about living in Austria and Germany and Maths and Art teachers welcome the students to the school in Bulgarian.

Students were also invited to enjoy a variety of European foods during break time and a ‘Great European Bake Off’ competition put their international cooking talents to the test. Beth Matthews and Lottie Percival were declared the winner with their German inspired cake. 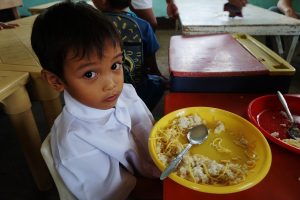