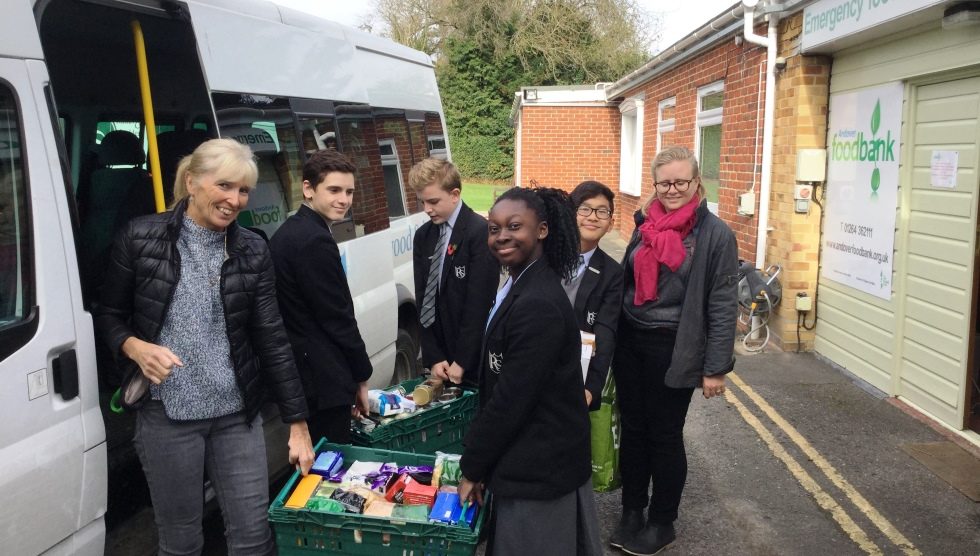 This Halloween night saw pupils from Rookwood School ‘Trick or Treating’ with a twist!

Rather than collecting sweets or chocolate, the children asked for tinned goods for the local food bank and they were overwhelmed by the generosity of their neighbours.

Before half term, children from the Andover boarding house organised a flyer drop with the help of Mrs Witcomb, Head of Boarding.

The children delivered flyers to their neighbours and fellow residents explaining that they would be taking part in an alternative ‘Trick or Treat’ this year.

In true Halloween style, everyone dressed to impress (and to scare!) on the night and some of the children were almost unrecognisable. However, despite their frightening transformations, neighbours and fellow residents were not afraid to donate and a number went out of their way to make up boxes of food.

Several people commented that it was heart-warming to see the children collecting donations for the food bank with one neighbour saying “What a fantastic idea! It makes a very pleasant change to see children getting pleasure out of giving.”

Mrs Witcomb said, “On behalf of the school, I would like to thank everyone that donated for their support and kindness, which was very much appreciated by Andover Food Bank when the children delivered the boxes of food.”