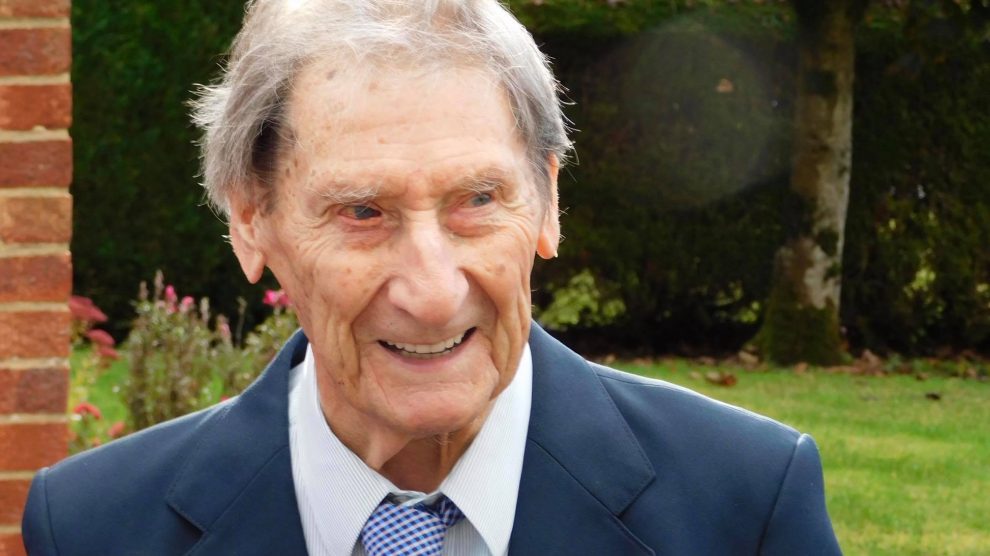 As the sun shone, George reached the ripe young age of 100, although he looked in such fine fettle locals nearly asked to see his birth certificate! As you would expect from an ex-serviceman and gentleman he was immaculately turned out sporting his RAF Badge.

George was presented with an array presents from the village and whilst he was thrilled with them all I suspect his favourite was the Gin!

The Queen honoured the special milestone with a telegram which is now in the special royal frame purchased by the village. After the present ceremony George and family headed to the Chalkhill Blue for a spot of lunch where they were treated royally.

Manager Sarah-Jane Grace and Team pulled out all of the stops and treated George with the love, respect and generosity befitting such a momentous day.

They laid on balloons, cake, champers and then to top it off said the meal was on the house – amazing and a really special treat for George. Indeed they were so taken with suave George they have made him a VIP member and asked him to switch the Christmas lights on in November – Thruxton’s got a celebrity!

George was incredibly grateful for all the love and generosity he received. When asked about the secret of longevity George replied “Gin – with a splash of tonic!” – sage advice.

Local Richard Smart said “George is an absolutely wonderful man who is loved by so many. In our crazy world it fills me with pride to see that Thruxton has once again brought such joy to one of their own.

“Thruxton Salutes George and wishes him many more happy years of Gin Drinking”.

George, happy 100th birthday from everyone in the Love Andover family.