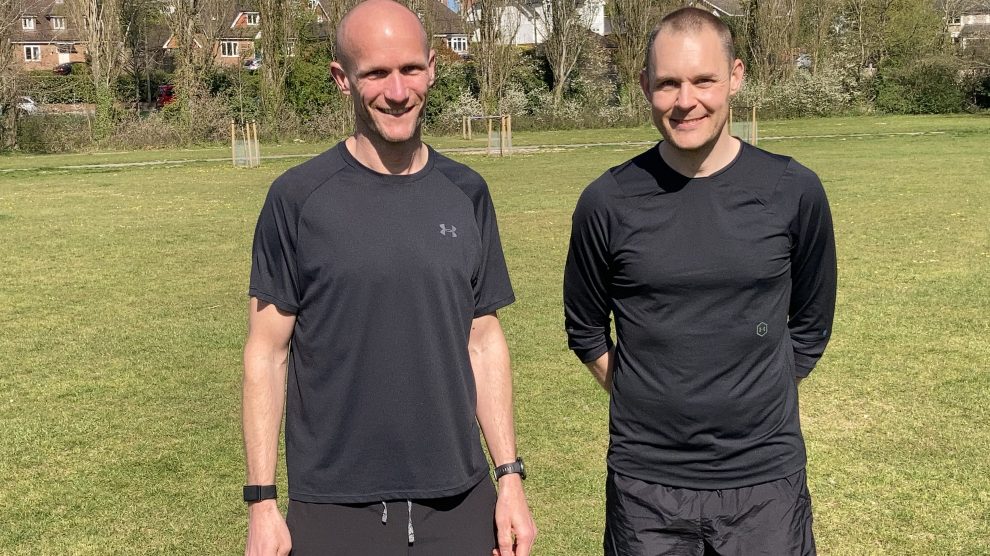 Two friends from Andover and co-workers from local housing association Aster Group have completed a challenge to run 48 miles in just 48 hours and raised over £4,000 for Dementia UK.

The gruelling running challenge saw the pair run at all times of the day including two midnight and 4am dashes.

Dave and Carl both work for the local housing association which has £2billion in assets and have raised £4,171 in total for its charity of the year, Dementia UK.

Aster Group also donated over £550 to the good cause through its match-funding scheme.

Louise Thorpe, regional head of housing for Hampshire said, “Being able to do events like this and raise money for our charity of the year is a real privilege, it connects us to others and helps us create stronger communities. Congratulations to Dave and Carl on raising over £4,000 for Dementia UK.”

Carl said, “It’s been a challenge, very tough mentally and physically but I loved every minute. It’s been a laugh and we’ve raised so much for charity which is the main thing, I’m chuffed with what we’ve achieved.”

Dave was inspired to raise money for Dementia UK after helping a lady with dementia who had become lost in Andover while he was out on a run.

He said, “I was asked for directions by a lady who was lost in Harewood Forest, I pointed her in the right direction, and I went on my way.

“A little way up the track I didn’t really feel comfortable letting her go on her own, so I went back to check on her. She explained she had dementia and had been wondering around lost for three hours.

“I walked with her for three miles to make sure she got home safely, chatting along the way and it was really terrible seeing someone who was physically fit struggling to remember things.

“Now that I’ve seen the effects dementia can have on a person, I wanted to raise money for Dementia UK and support the great work they’re doing.”