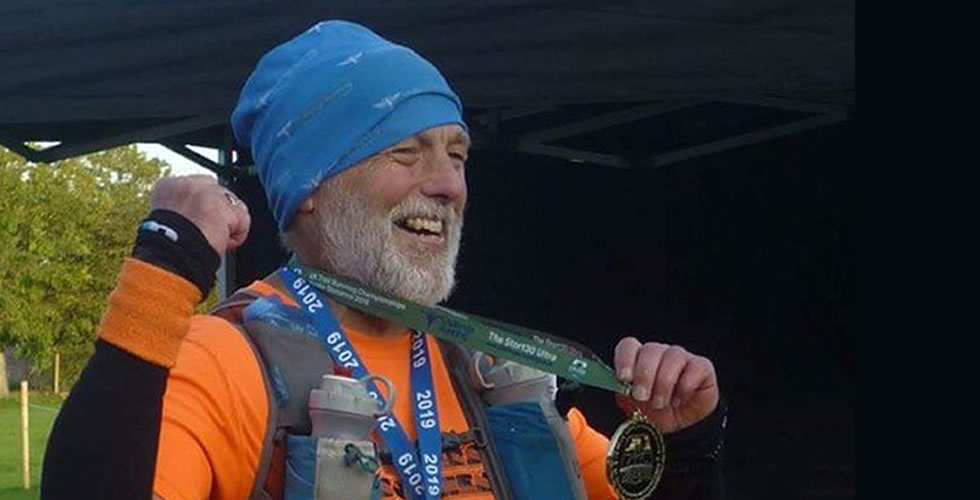 A retired science teacher plans to complete seven charity running challenges based on the New Seven Wonders of the World to mark his 70th birthday year.

Part of his plans include an ultra-marathon called ‘Race To The King’ which is from Andover to Winchester, which is part of his ‘Taj Mahal Challenge’.

69-year old Keith Passingham will run around Southend’s 23-mile (37km) Millennium Walk in a challenge based on the trails to the ancient Inca ruins of Machu Picchu in southern Peru.

The keen runner also aims to complete 2,340ft (713m) of ascent – the height above sea level of Rio de Janeiro’s Christ the Redeemer statue – within a single run around his hometown of Rayleigh, Essex.

He is devising a challenge for each of the New Seven Wonders of the World: the Great Wall of China; Chichen Itza in Mexico; Petra in Jordan; Machu Picchu; Christ the Redeemer; the Colosseum; and the Taj Mahal.

He said he had looked at the original Seven Wonders of the World when devising his challenge “without any joy”. “It just didn’t fit, so I looked at the new wonders and I tried to base it on them,” he said.

“I’ve still got a couple that I’ve got to try to work out. The Great Wall of China, and a place called Petra (Jordan).

“I’ve had to go on Wikipedia quite a bit.”

Mr Passingham, who will turn 70 in November, is raising funds for the Finish Line Fund which was established in 2014 after the death of a Flyers Southend running group member who collapsed after he finished the Southend Half Marathon.

He is chairman of trustees at the Finish Line Fund, which has helped to pay for defibrillators along Southend’s seafront, first aid and coaching, and contributed towards the costs of setting up a local parkrun.

It also provides grants including to runners or their families affected by serious injury, disability or death while participating in the sport.

“Last year one of the other trustees did 20 marathons in 2020 and raised sufficient funds to buy two defibrillators, and I thought I would carry on the fundraising,” said Mr Passingham, who started running in the 1980s.

He is aiming to run 1,111 miles (1,788km) in 2021 in a challenge “loosely based on” the ruined ancient Mayan city of Chichen Itza in Mexico. He said he found a virtual run around Lake Superior in North America which is “almost that sort of figure” and is 1,111 miles long.

He plans to run an ultra-marathon called Race To The King, from Andover to Winchester, for his Taj Mahal challenge. The event will raise money for the MNDA charity which raises money for the Motor Neurone Disease Charity. Local people shared their loss as popular local lady Zena Terry passed away of the debilitating disease last month.

For his Colosseum challenge he will participate in an event called Hercules Labour Two – the Night Run, where he will run as far as he can in six hours at night.

Mr Passingham, who was born in 1951, is aiming to raise more than £1,951 for charity from his challenges. He started the Flyers Southend running group in 2001 while working to get his fitness back after recovering from bowel cancer.