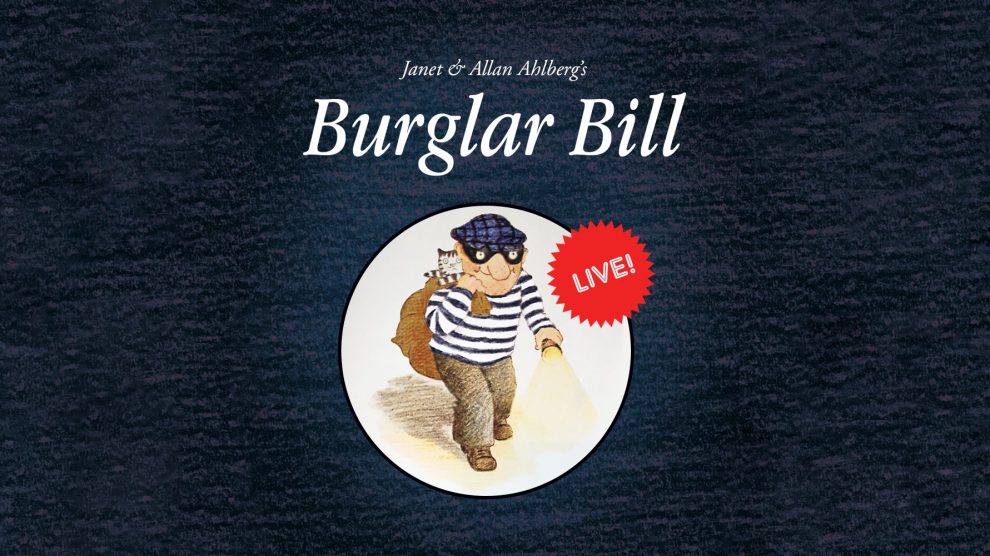 Inspired by Janet and Allan Ahlberg’s beautiful picture book, the theatre company will be performing this story with the humour, creativity, and tenderness it deserves on Saturday, 21 January 2023 at 11AM.

Children’s theatre at The Lights has always been on offer, with a continuous flow of family shows throughout the latter stages of 2022 and into the Spring of 2023, there is an increased effort from the venue to offer high-quality productions at affordable rates.

Burglar Bill’s stars Chris Yarnell as the title role, and Leah Kirby as Burglar Betty. Both actors have a passion for children’s theatre. With tours for both actors including work on many respected and successful children’s show tours across the country.

The show also stars an couple of puppets. One cat and one baby, which are integral to the story. Puppeteers for the show have been led by Puppetry Director Roman Stefanski, known for his work with the BBC. The story itself is a household name, and the couples work has been lauded for decades. Although released in 1977, the children’s book has been a mainstay in storytelling at schools and arts venues.

The show itself will bring the book to life in January, with an age guidance of 3+. With a matinee showing at The Lights on a Saturday morning, Hampshire’s families will be able to immerse themselves in an hour of high-quality literature and acting in the flesh.

The performance includes engaging set design and music provided by Catherine Chapman (Designer) and Julian Butler (Music), this superb show directed by Tina Williams will be a wonderful way to begin the new year with the family.

Burglar Bill will be touring from November to February on this current run of dates, with a stop at The Lights in January 2023.

Bring the whole family to see Burglar Bill brought to life by booking tickets online at www.thelights.org.uk. or by calling the Box Office: 01264 368368.