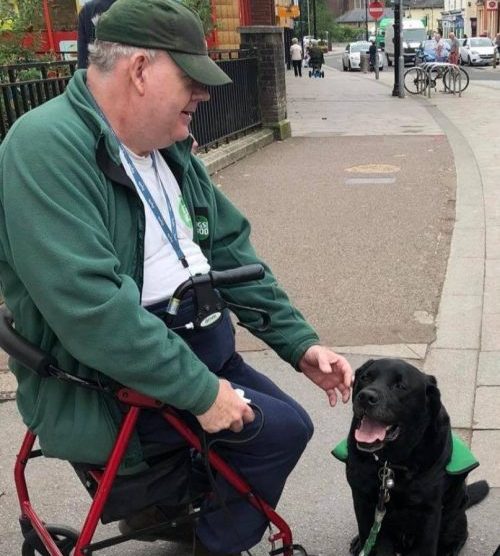 I first met Stephen and Scott, when I worked for Barclay Corporate, through my role as community champion I arranged day trips for the VIP’s, the visually impaired group in Andover they were one of many we supported. We took them to the coast; a variety show and on a canal trip.  Everyone loved Stephen and Scott felt like a family dog to the whole group.

I would often meet Stephen and Scott in the high street doing their fundraising campaigns Stephen would often be dressed up in fancy dress with no care in the world, they enjoyed this role. Stephen was always chirpy and committed to his adventures, his blindness never stopped his love of life and that is how I will remember him.

As Chairman of Pride of Andover, I then had the pleasure of seeing them be awarded the highly commended Service Award in 2015 for raising more than £26000, Scott definitely stole the show, receiving a lot of attention.

I kept in contact with Stephen and later on helped him with the process of getting a new assistant dog when Scott retired, I hope he was successful. I was stunned to learn that Scott and Stephen passed away so close together, it just shows how close their bond was.

The Pride of Andover Team and my thoughts are with his family, aside the sadness they must be feeling I imagine they are well proud of him as we were. 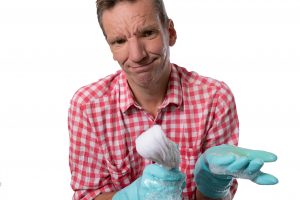