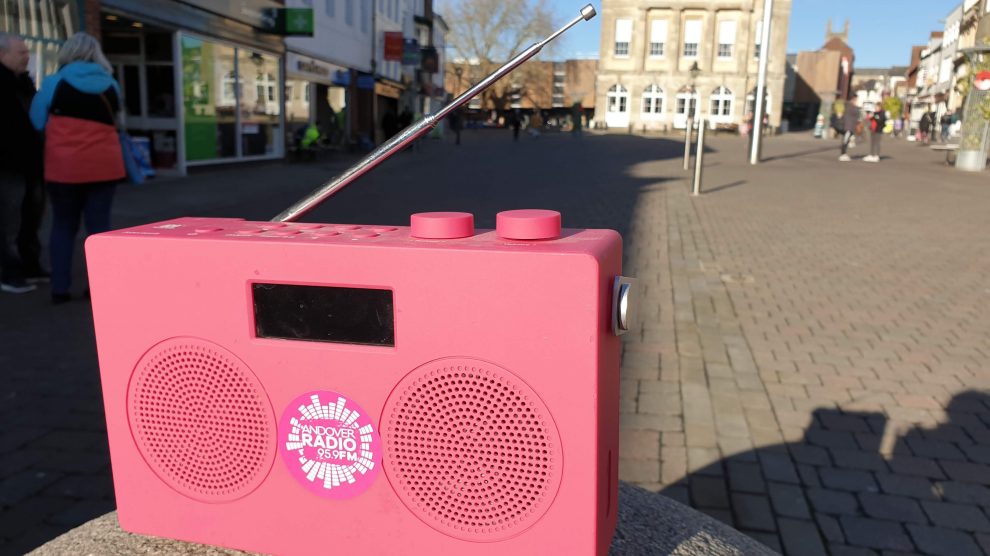 Andover Radio was involved in a much publicised  incident at the scene of the Ocado fire last night where an attempt to film the blaze caused disruption to the operation of the Police.

Late last night leading into the early hours of this morning, two directors returning from a social evening in London responded to huge volumes of calls and messages for the radio station to cover the blaze at the Walworth Industrial Estate warehouse.

“We do not have a huge team of journalists and we care passionately about this town.

“Last night, it became increasingly impossible to avoid having to go to the scene and report the situation as it unfolded. The alternative would be to not respond to the increasing expectation that the radio station would be at the incident.

“Our behaviour was uncommonly unacceptable. This morning we have spoken to Hampshire Constabulary and apologised unreservedly.  Additionally, I have personally offered to apologise to the female officers who were attempting to make the area and bystanders safe.

“We took our dedication to reporting incidents in this town to an unacceptable level.”

Director Maurice Sweeney added, “Whereas we appreciate some of the positive comments we have had regarding our commitment to reporting on the fire, we also accept the less eloquent comments which have been made regarding our attitude to the requests to leave the scene.

As a result, the radio station will create a community journalist scheme, where local people will be encouraged to provide written, audio, photographic and video stories to the radio station.

With more contributors on the ground, the radio station management and digital teams believe this can be ‘community journalism at a grass roots level’, where local people can report on issues that really matter to them.  It is hoped that this will help alleviate the huge time demand on our small, dedicated team.