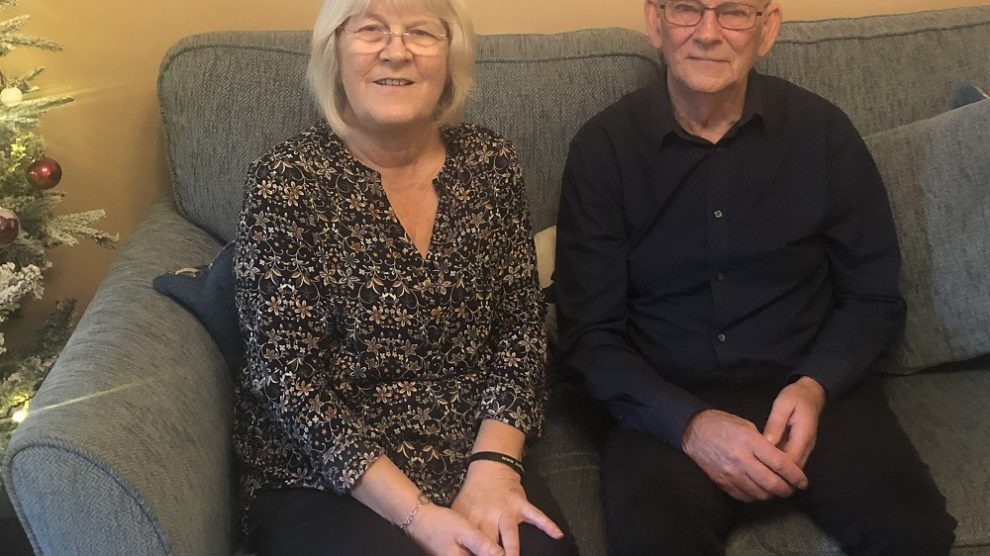 If you have lived in Andover for a long time, you will know someone from the Caddy family, so i am delighted to share this news from Hampshire county council.

News that two of Hampshire County Council’s foster carers have been recognised in the 2020 New Year’s Honours has been warmly received.

On hearing that Bob and Lin Caddy are to receive an MBE (Member of the Order of the British Empire), Hampshire County Council Leader, Councillor Keith Mans was among the first to offer his congratulations.

Councillor Mans commented: “I am delighted that two of our longest serving foster carers are to receive this Award. I am sure it will mean a great deal to them – they certainly mean a great deal to us at the County Council, for all the love and care they have given to children and young people over the years because, through no fault of their own, they are unable to live with their own families. The work by Bob and Lin, and many others like them, is virtually priceless and we are most grateful to all who devote themselves to providing a loving and stable homelife for our most vulnerable young people.”

Bob and Lin have been awarded an MBE for their outstanding contribution to children’s services. Aged 71 and 65 years respectively, the couple began fostering in 1997.

The first children they had were two sisters (8 and 12 years old) who originally were going to be with Bob and Lin for a month. They became family and stayed until they were 18 years old. Both now live very close in the same village as Bob and Lin. With one of the sisters recently becoming a mum, Bob and Lin are now known as nanny and grandad! To date, the couple have provided emergency, respite, short and long-term care for over 150 children and young people, many of whom they still keep in touch with and support.

Bob and Lin’s own children and grandchildren have always been very supportive whenever a young person arrives. They always ask if there is anything they need.

Bob and Lin said: “We were shocked when we received the letter to inform us of our nomination, also during the telephone conversations from the Cabinet Office when they were reading out the citations. It has been very difficult not saying anything to our family so we were pleased when we could finally tell them at the weekend.

“We don’t feel that we are any different than any foster carers who all do what we do to help and improve the lives of children and young people, who due to their circumstances come into care. We have been extremely touched by all the messages we have received from family and friends. But the icing on the cake has been messages from many of the young people who we have looked after over the years – with some of them sending bouquets of flowers congratulating us and saying thank you for how we helped and supported them.”

Working as a team, Bob undertakes many of the day-to-day fostering tasks such as supporting the young people with meetings – while Lin provides the practical support to help them develop their life skills and independence within the home. They are great advocates for the young people they care for, place enormous value on education and are known to be creative in their approach to supporting young people with school.

They have also worked hard to rebuild bridges between young people and their families. Focusing on overcoming the communication breakdown and acting as intermediary when needed. If none of this was enough, the couple attend the local support group and have been buddies to new foster carers, offering the benefit of their experience and providing a listening ear. Additionally, Bob is the Chairman of, and works tirelessly for, the Hampshire Fostering Network (HFN) – a small, not-for-profit charity that supports looked-after children and their carers in the Hampshire local authority area.

He, who would valiant be…..
Do you recognise this man after a robbery in Andover?