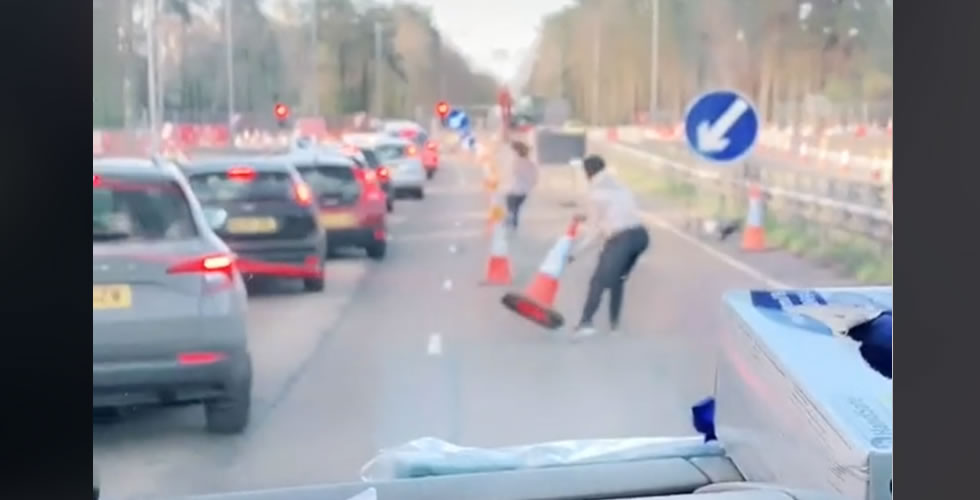 An ambulance driver from Andover captured the good nature and common sense of people on the M3.

Their actions enabled the Ambulance Care Assistant and her emergency vehicle get through the grid lock.

Little Ki posted her video on sharing platform TikTok where it has so far received over 20 million views.

Rule 219 of the Highway Code says “If you are approached by an emergency vehicle when driving, you should look and listen for ambulances, fire engines, police, doctors or other emergency vehicles..

“When one approaches do not panic.

“Consider the route of such a vehicle and take appropriate action to let it pass, while complying with all traffic signs.”

Kia obviously loves her job and as a keyworker, Kia, we salute and thank you, too.