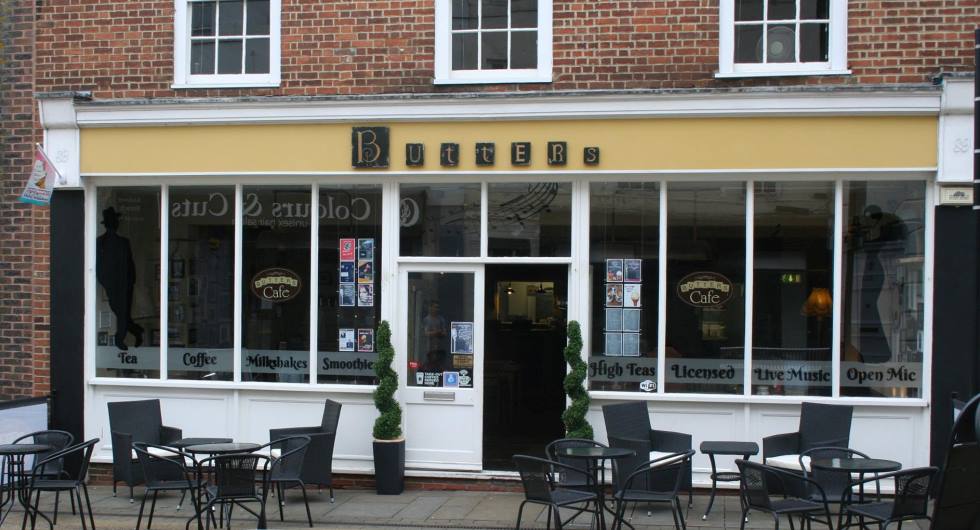 A meeting of Andover businesses have consolidated their concerns about a possible imposed levy on their business rates.

Owners of several local companies gathered at Butters on the Upper High Street this afternoon to oppose an impending Business Improvement District (“BID”).  The meeting happened just moments before Andover town council voted in favour of giving its support.

A BID is a defined geographical area – which bizarrely includes Andover College but not ASDA – where businesses are expected to vote through a ballot to adopt a ‘BID’.

If voted in by rate paying businesses in October, monies raised from the levy are supposed to help deliver a better town centre experience.  Local businesses will then have to pay an additional 2% of their rateable value to a new ‘BID’ company.

Independent retailers like Butters Cafe, International Furniture, Indiglow and Wimpy said communication from the ‘BID’ steering group has been “non existent” and decisions have been made behind their back.  The BID steering group has members from businesses like job agency Active Staff and the Marstons-owned White Hart Hotel.

Local businessman Tariq Bilgic who owns a number of local companies including Captain’s Restaurant on Bridge Street said that the lack of consultation has been “underhanded”.  He says, “I only found out about it when I talked to another business owner in Andover.

“By the information they weren’t sharing, I had to ask anther business about their plans.  Since then I have heard absolutely nothing and I think that it the same for other business owners in Andover.

“Do I think [their plans] will change anything in Andover? No.”

At a full Andover town council meeting last night, they “reaffirmed support for… the principle of a BID for Andover“.  In a questionable motion, Liberal Democrat councillor Len Gates proposed that the town council “calls on all eligible local businesses to vote in favour of the [BID] plans”.

Cllr Richard Rowles challenged the recommendation and questioned the legality that a local authority may “influence a vote, one way or another” by actively encouraging local businesses to vote ‘yes’ for a ‘BID’.

Andover town council subsequently voted to “Fully approve the BID proposals“.  Cllr Rowles asked for the vote to be a ‘recorded vote’ so the names of elected members in favour, or against, will be made public in due course.

Some mention has been made that the boundary area agreed by the ‘BID’ steering group does not include the Conservative Party HQ on Church Close or the Masonic Hall on East Street.

Information about the ‘BID’ and the geographical map of the boundary area can be found here. You can hear more about the BID plans as they emerge on 95.9FM Andover Radio.