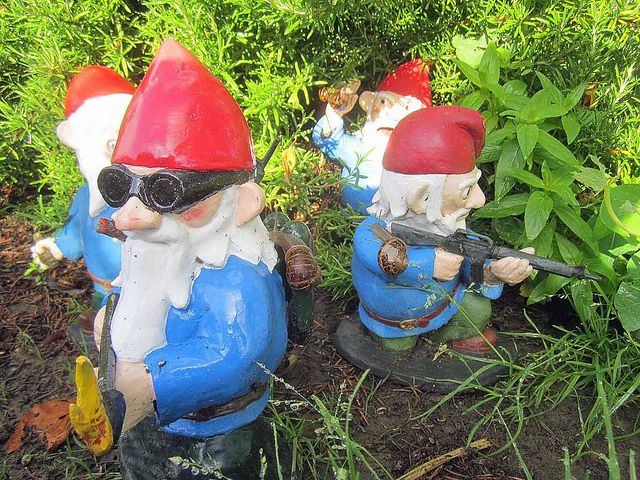 Fewer Britons now own garden gnomes than ever before according to home insurers Home Protect. The twee garden ornaments need to protect themselves as homeowners blame theft as the cause of the declining population.

Four in five gnome owners said they have lost at least one of their garden adornments in the last five years.

Politically, gnomes tend to remain in the gardens of Labour voters, with over 18 percent of gnome owners supporting Jeremy Corbyn’s party. But it’s supporters of the Euroskeptic UKIP who had the most gnomes stolen over the past five years.

The survey also found that gnome owners are most likely to read the Sun or Daily Mail and most will be Tesco or Asda shoppers (18.5 percent and 12 percent respectively). Only 9 percent pop into the local Waitrose.

Does your Andover garden have a gnome? Send us a photo.