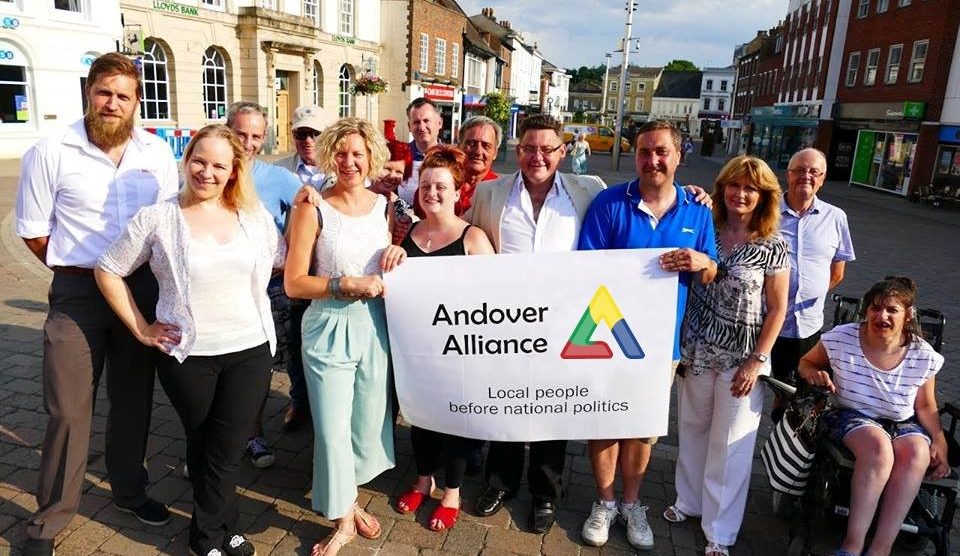 He told Andover Radio “It’s time for local politics to reflect what’s needed locally“.  He claims to have tried to assist local LibDems by changing internally, but had failed to get members to understand the need to entirely represent local people, rather than follow a national party agenda.

Mr Coole says, “I became very frustrated with the lack of action on local issues by national parties and came to realise, that putting local people before national politics is the only way to help Andover achieve its full potential.”

Creating a cleaner greener Andover and a plan to redevelop our town centre also features in the document.

Andover Alliance Founder town councillor Richard Rowles says, “For the last 20 years, the Conservatives have had a monopoly over local government in Andover and the opposition have been found wanting, the bottom line is they have all failed the people of Andover. We believe that Andover has been neglected because we have elected politicians who value their attachment to national party politics, more than their commitment to the people of Andover.”

The Andover Alliance states it is a group of locally minded people who are working together, having rejected national party politics.

Their aim is to get people elected at all levels of local government so that the policies of all our local councils are focused on solving the extensive issues faced by the people of Andover.

Having started the organisation a little over six months ago, the organisation is growing at a great pace says Cllr Rowles, “All too often when presented with an issue our individual councils say ‘not our problem’, we aim to change that with your help and support. Together, we can bring about the positive changes that Andover so desperately needs. So come on, let’s get the job done.”