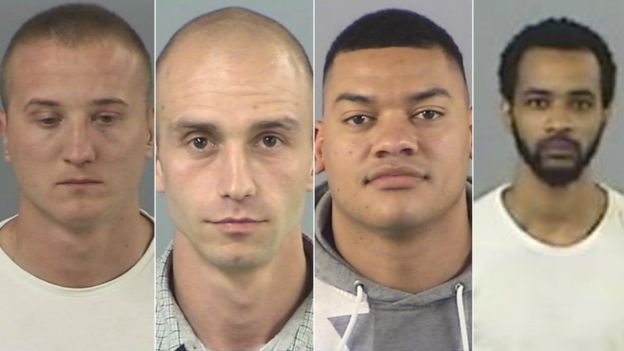 A man from Andover has been jailed for his part in supplying and selling cannabis to students in Southampton.

Shey Roberts, along with three other men has been jailed as the judge passing sentence said he was part of a group who were “a determined and organised criminal network with aspirations to grow”.

Police seized drugs worth £10,000 being transported to the city in September 2018. The group’s leader, Sylwester Idziak, 30, was later arrested by armed police.

The three other men were jailed for between 13 months and six years four months.

Southampton Crown Court heard police had the men under surveillance from April 2018.

Phone records linked him with the other defendants and he was monitored having a meeting with Shey Roberts in Andover in April 2018.  He was arrested after armed police stopped a car in Archers Road in Southampton on 11 September, in an operation witnessed and filmed by passers-by.

A firing pistol which had been modified to become a working firearm, as well as ammunition, was recovered from the car.

He was convicted of conspiring to supply cannabis and possessing a firearm following an earlier trial.

The court heard Shey Roberts, of Juniper Close in Andover, supplied the drugs to Idziak.  Roberts was convicted of conspiracy to supply cannabis and sentenced to 18 months in prison.