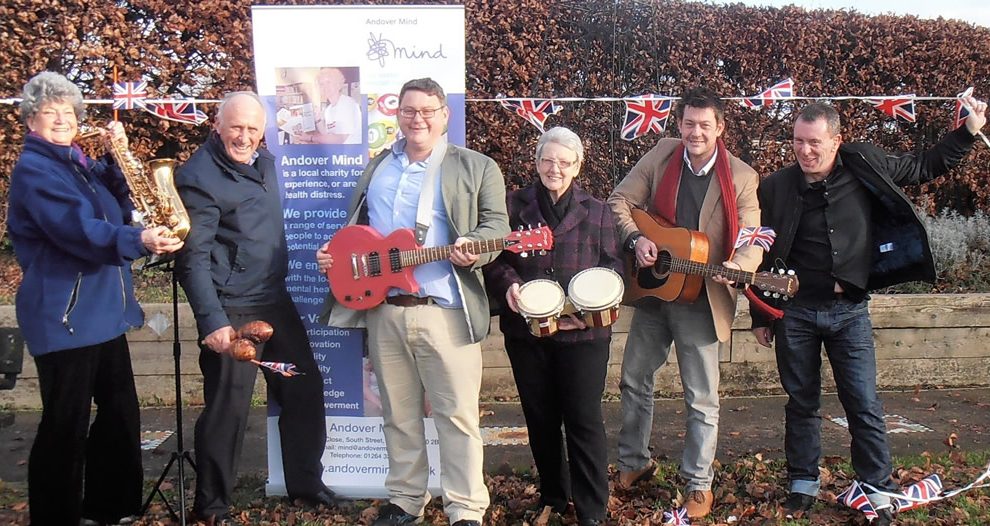 The bunting is out for local charity Andover Mind which has secured the fundraising support of the Andover Proms In The Park event which is coming to the town in September.

The charity which has been providing support, advice and information on issues of mental health to the town for over 30 years is proud to be a partner in the music event which is seeking a second charitable beneficiary.

Andover Proms supported by Love Andover was the brainchild of Andover town councillor Richard Rowles who ran a similar event in Wherwell in 2010, The family-focussed event on Saturday September 9th will be an evening of live music and Union Flag-waving Britishness while supporting local charities.

Councillor Rowles says, “We are currently seeking a major sponsor for the event which promises to get families together to enjoy a variety of musical styles while savouring the wide range of quality food and drink on offer. We have committed to ensuring that two local charities will benefit financially from this event”.

Chairman of #AndoverMind Michael Mumford adds, “We are honoured to be part of this unique cultural event in Andover – and of course, we are looking forward to the first discounted, advance ticket sales going on sale in March.”

The ticketed event which is planned to have TV cameras, a big screen and non-stop stage entertainment in Vigo Park will be hosted by Andover Radio and feature a range of local musicians for three hours before switching live to the feed from the BBC Last Night of the Proms from the Royal Albert Hall.

Street petition to Save the Junction
Could you be Andover’s next radio star?