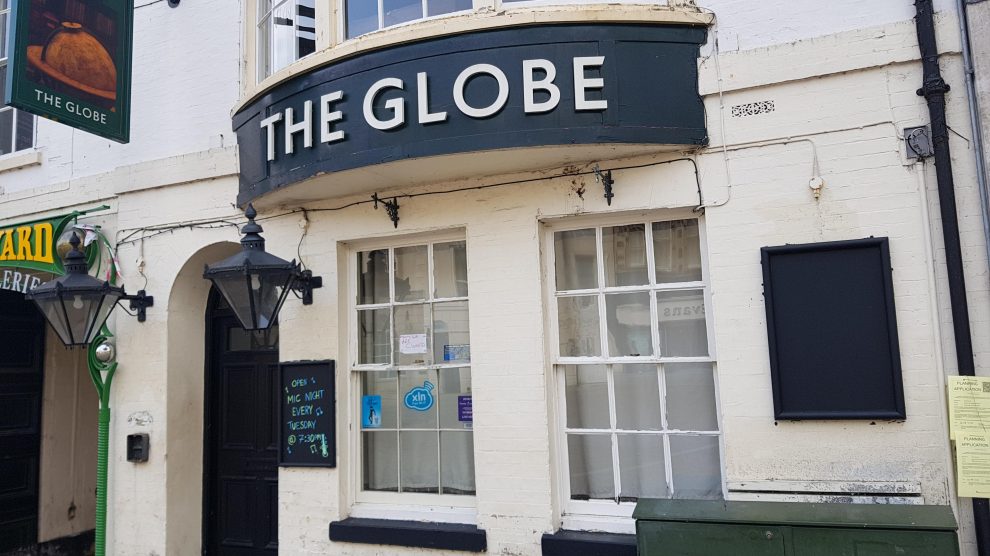 A troubled Andover pub could be set to re-open.

The Globe Inn on the High Street looks set to find a new tenant as soon as tomorrow afternoon.

Sources close to Andover Radio told the local radio station that a tenant ‘with catering experience’ may take an initial Tenancy At Will agreement.

Whereas this means it’ll give the new landlord a chance to assess the viability of the venue, locals hope that the pub will have a permanent, attentive landlord after previous tenant Jason Harvey exited the 6-month loose agreement almost two weeks ago.

Property owners Hawthorn Leisure had previously said, “We have plans drawn up but the final look and feel will depend on the aspirations of our partner once they are appointed to the pub.”

Property advertisements claim the venue is ripe as a food venue, “There is the potential for 40 covers on the ground floor with an additional first-floor function room that has great potential.”

Local people have told Andover Radio that the venue needs a significant rethink to become a success. Graeme from Andover told us, “It’s one of those pubs for the past few years I’ve just walked past. Often full of kids, their mates and unnecessarily loud music.

“It’s disappointing because The Globe has has such potential, but because it’s been run by people not from Andover, they really do not see the perception that this pub now has. It’ll take a lot to turn it round”.

According to other town centre landlords, it will take any new tenant a while to assess the venue’s potential and while as it is expected that the pub will open ‘in the usual way’ this week, any new owner may have a “skewed” view of the premises’ potential.

The Globe has suffered a troublesome time in its recent past with five people being charged with an attack on a pub-goer with a pool cue and a baseball bat.

One of the men jailed for the attack in January 2017 was the pub’s then landlord Stewart Bridgman.