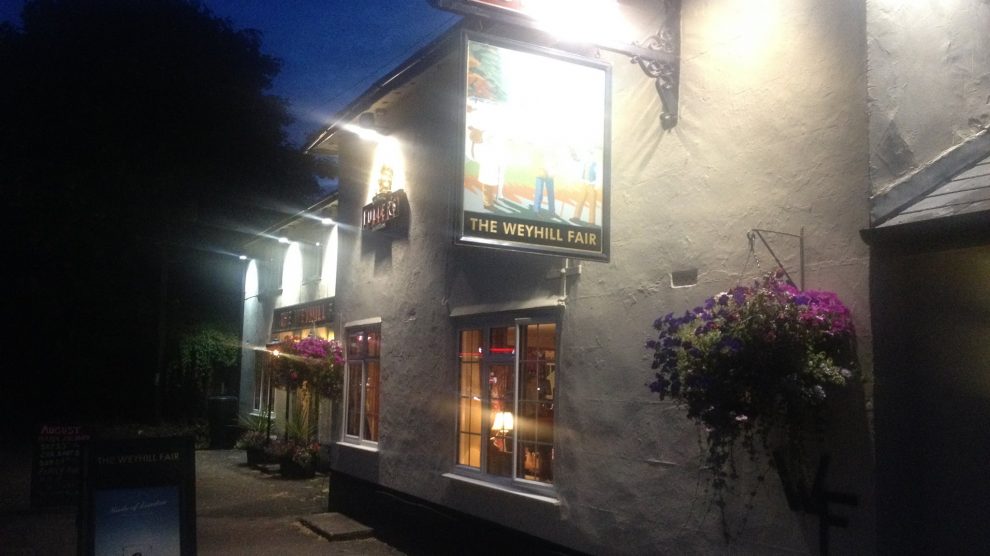 Under current management, The Weyhill Fair has pulled its last pint.

Signs outside the pub today says that they have ‘ceased trading’.  The venue is owned and managed by Fullers.

Landlord Mark Lazenby declined to give Andover Radio any explanation to the venue’s demise, despite its recent apparent success with the 25th Weyhill Beer Festival.

The news comes on the same day that the Globe Inn in Andover has acquired a new tenant.  The Globe Inn is owned by Hawthorn Leisure.

Weyhill has a rich history that consistently impacted on the prosperity of Andover.  Regarding the pub’s closure, local historian and author Anthony Raper says, “Much of it is due to ‘recent times’ and the opening of the Roseborne Garden Centre. Other local businesses are affected.”

The Weyhill Fair was one of England’s most important and oldest medieval fairs. A written record of the fair in 1225 testifies to it being a well established fair known as “La We We or De La Woe”.