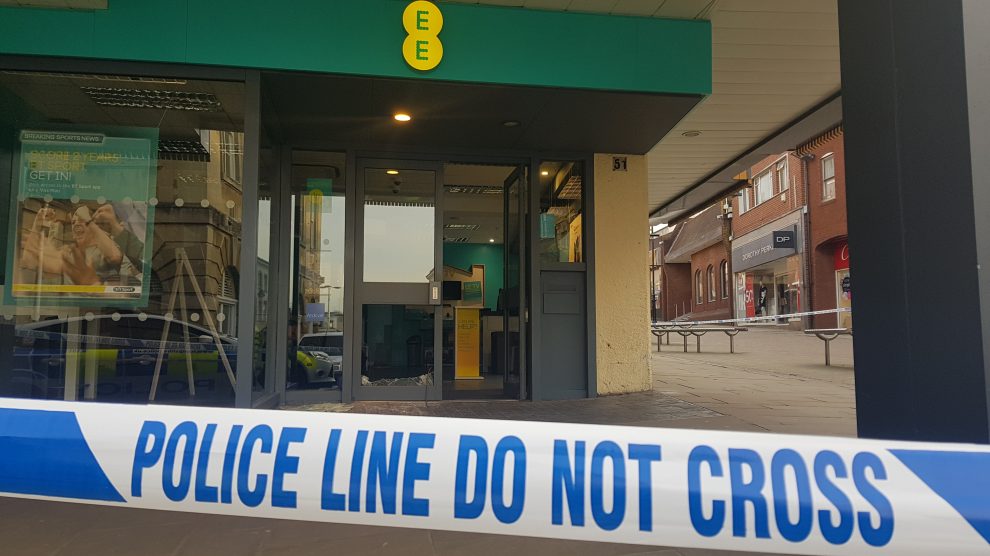 Police have made arrests over the EE shop burglary in the High Street, Andover, this morning (Friday 6th April).

A Police spokesperson said “We were called at 4.30am today (April 6) to reports of a burglary at the EE store in High Street, Andover.”

“Damaged was caused to the front window and entry was gained to the store. A quantity of items from within the store were stolen. We do not have the exact details of these at this time.

“Three men have been arrested on suspicion of burglary.”

Anyone with information about this incident is asked to call Hampshire Police on 101, quoting 44180125702.