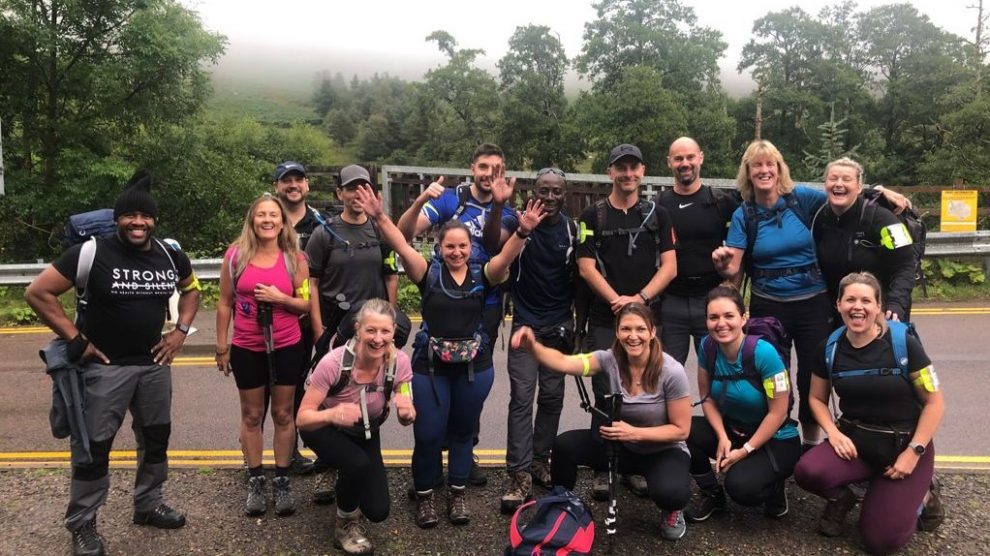 A team of colleagues from local housing association Aster Group, recently joined forces to tackle the three highest peaks in England, Scotland and Wales, in aid of the company’s charity of the year, Dementia UK.

The gruelling challenge, which involves scaling Ben Nevis in Scotland, Scafell Pike in England and Snowdon in Wales needs to be completed in under 24 hours, which also includes travelling between the three mountains. The team of 15 walked 23 miles, climbed 3,064 metres and successfully raised £6,452, which includes match-funding from Aster.

The challenge started with a 10-week training programme which helped the team prepare for what was to come. Team member, Jane Gallifent, development and sales director: “We did prepare well and stuck to the plan but oh my goodness… nothing prepared us for what we had to endure! It all came down to mental strength and sheer determination to complete the challenge.”

Starting in Scotland at Ben Nevis the team successful scaled the 1,345 metres within five hours. Heading southwards to England, Scafell Pike was next on the agenda. The 978 metres elevation proved the nemesis for most of the team with some even contemplating giving up before reaching the peak. The climb took four hours and was completed just after midnight. On very little sleep 1,085 metres high Snowdon in Wales was the last mountain to tackle. Although some team members had to run the final 100 metres, all crossed the line within the 24-hour deadline.

Commenting on the team’s success Jane Gallifent said: “We have all achieved something special both individually and as a group that will stay with all of us through time. The team spirit throughout the adventure was amazing and we had a fantastic time and laughed lots; we got to know our colleagues exceptionally well and our bond will remain forever strong. We are now even thinking, what next?”

Aster Group has been supporting Dementia UK as their charity of the year since April 2020. The total raised by colleagues is currently nearly £17,000.