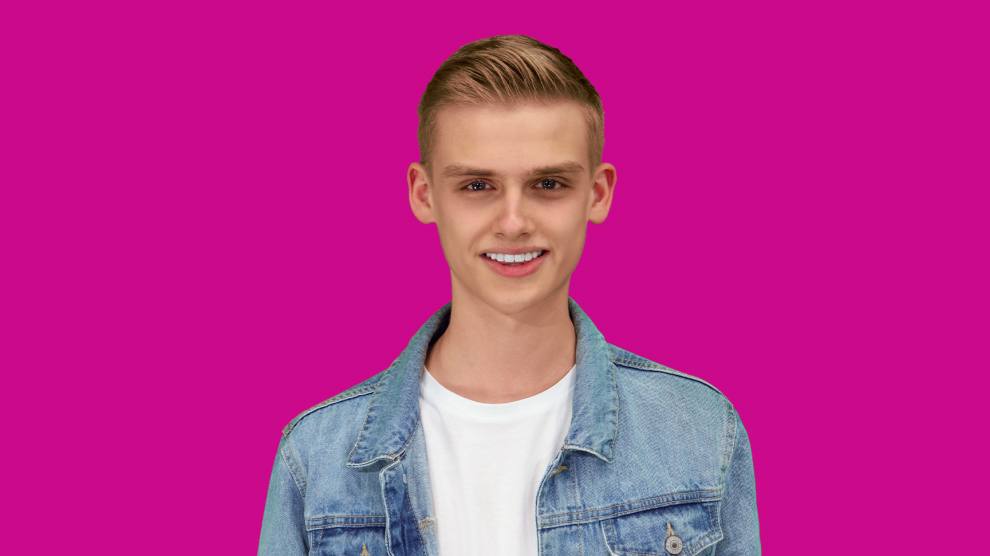 Former Winton Community Academy student, Luis Wyatt has today been announced as one of eight finalists in the Hits Radio Pride ‘Future Star’ competition, but he needs your help to put him in the driving seat.

In summer 2020 Hits Radio Pride launched. Designated to be that one- stop destination for the LGBTQ+ community, a place where advocates and allies can feel connected, safe and empowered to be themselves sound tracked by the biggest Pride hits.

This summer, to celebrate their first anniversary, Hits Radio Pride, a national radio station, have been running an exciting competition to find the next voice in radio.

The judges have spent weeks looking through many submissions and they have now announced their eight finalists. Members of the public will now have three weeks to vote to select their favourite Future Star!

One of the eight finalists is Andover’s very own, up and coming presenter 18-year-old Luis Wyatt.

Beginning his radio presenting on Winton Community Academy‘s in-school station ‘Spark FM’ (with studios built by the founders of Andover Radio), Luis was, within seconds of finishing his final GCSE exam at Winton, was on the phone to Andover Radio director David Harber asking when he could start presenting for them.

“Luis has the bit you can’t teach or train”, says David. “He has the enthusiastic passion that you need to succeed. It’s so rare to see it in someone so young. I think it shows that Luis has a very bright future ahead of him.”

Luis has also carried out a lot of community work for someone of such young years, including being Carnival Prince and the Mayor’s Mace-Bearer. In addition, he won the Young Person’s award at the Pride of Andover in 2013 for charity work.

Last year Luis took home the gold award ‘Best Male Presenter’ at the prestigious Community Radio Awards. Being recognised for hosting on Andover Radio and events like the 2019 Christmas Lights Switch-On in Andover as well as his frantic ‘Dancing in the Street’ videos (dressed as Superman) during the initial lockdown period.

More recently Luis has been presenting videos for InAndover. Helping to connect Andover, (his home town) with the town centre. Luis says “I was bringing to town centre to people’s homes through live streamed videos, promoting businesses products”

Over the summer Luis joined huge names like Graham Norton and Chris Evans on the presenting line-up with Virgin Radio Pride.

Hits Radio Pride breakfast presenter Jordan Lee said: “I can’t believe it’s been one year already! Hits Radio Pride has been such a blast to host; this past year.” Luis said on his radio demo “So a year ago, if someone said to me I’d be talking to Hits Radio Pride future star, openly about my sexuality, on the mic… I would be like ‘yea’ right.. your joking . Even saying the word gay a year ago made me cringe, I know that sounds really awful but being yourself and embracing yourself and self acceptance is really hard so that self journey will hopefully stand me in good stead to being Hits Radio’s future star.”

Luis said “I am so shocked but thrilled to have been announced as a finalist for the Future Star competition. I really hope my town can help me get behind the mic at Hits Radio Pride!”

With less than three weeks to vote, the local community are being encouraged to select Luis as their Future Star. You can do this by clicking HERE and following the instructions.

From everyone at Andover Radio, Good luck Luis, you have our vote.