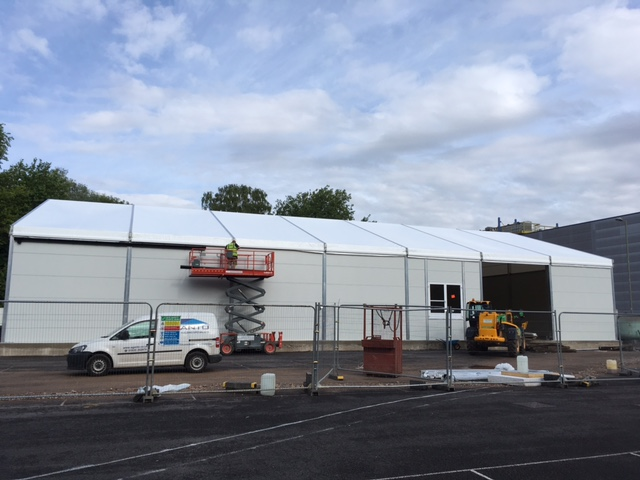 The BBC are planning to send a reporter to be outside the temporary pool building on Shepherds Spring Lane at 4pm to film for a broadcast tomorrow or Friday.

They are asking if people could “post on the Andover Leisure Centre Action Group Facebook Page if you are going to be able to attend” as this will ensure there are sufficient numbers to gather the material they need.

The temporary pool has been dogged with controversy since its announcement with residents informed only last week that the planned opening on 29th September has now been delayed until 20th October.