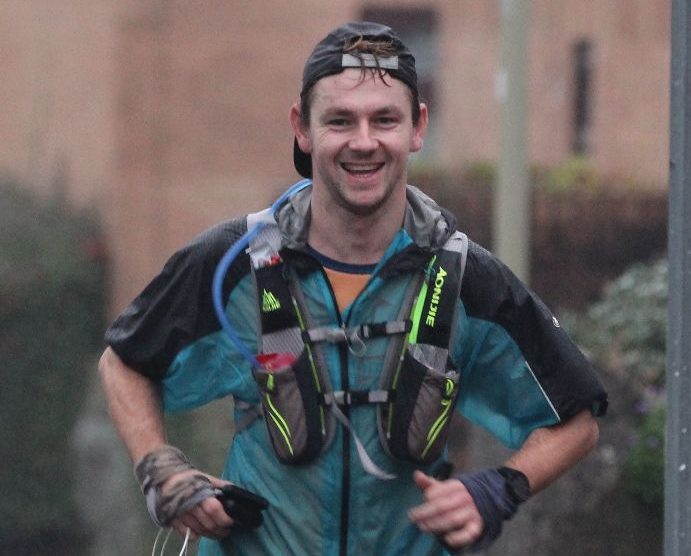 Today, local landscape gardener Adam has completed a tough 24 hours running on his 30th birthday. The fundraiser was in aid of Southampton’s children’s hospital for his biggest challenge yet. Adam started yesterday and has completed 80 miles, finishing at Charlton lakes, Andover 9.30am this morning.

Adam was diagnosed with stage 4 B cell Lymphoma in June 1997 when he was just six and a half. His treatment was successful but it wasn’t straight forward and Adam was finally discharged six months later with a blood clot in his right atrium. This never stopped him being a child and joined a football club like most boys.

This fundraiser is the fourth fundraiser Adam has completed for the ward. The first was whilst he was undergoing treatment and raised £2000 doing head shaves. The other fundraisers have been big challenges for Adam.  The second, Adam learnt to swim and swam  200 lengths  raising about £600 in 2017, the third was running his first marathon in 2018 raising just over £600 and his biggest achievement is this 24 hour run.

Adam wanted to do something to celebrate his 30th birthday and decided to do this 24 hour event. Originally he has planned to complete the run with his 100th parkrun but lockdown ‘put pay to that’ says his mother Marie.

Adam ran just over three marathons, eighty miles in the 24 hours. He did have company for a lot of the run with fellow runners supporting him but it got tough during the night with muscle issues, tiredness and sickness.

With that said he ploughed on and succeeded. This is his biggest challenge to date and has currently raised £1329 at the time of writing for the Piam Brown ward. His mother Marie Wilson told Andover Radio 95.9fm “We were lucky that Adam was diagnosed when he was and he will always have the ward in his heart and wants to give back to the ward.” she added “ I am proud of what Adam has achieved to give back to the community. he keeps on challenging himself and pushing his body to the limits. he has been training and planning this event for so long and has finally achieved it. the money raised will help to make the lives of children going through cancer treatment a little bit easier.”