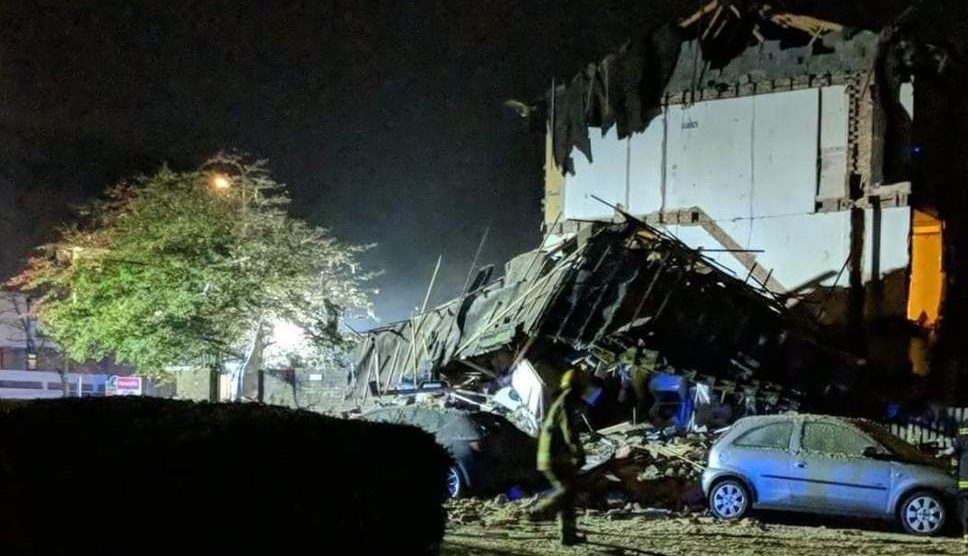 A man’s body has been recovered after an explosion at a house on Launcelot Close.

The explosion caused a house to collapse in King Arthur’s Way this morning.

“The blast happened at around 2.30am in King Arthurs Way, Andover.

One building was destroyed while another suffered severe damage following a ‘huge bang’, according to reports by nearby residents on social media.  Neighbouring properties have been evacuated as a joint police and fire investigation is under way.

Pictures shared online showed the wreckage of the home following the incident.

According to the Evening Standard, “One woman, known as Hannah Louise on social media, tweeted: “Explosion on Launcelot close, I live at 137 Launcelot and the explosion was at number 1, HUGE bang!

“Number 1 has collapsed, GONE and number 2 is severely damaged, supported living houses including mine, I don’t live in the row the explosion was on but evacuating the whole row.”

A statement from Hampshire Fire and Rescue Service and Hampshire Constabulary said, “The body of a man has been found after an explosion in Andover at about 2.30am this morning (December 27).

“Hampshire Fire and Rescue Service and its Urban Search and Rescue teams are continuing to search the scene.

“A number of neighbouring properties were evacuated as a precaution.

“A joint fire and police investigation is under way.”

King Arthur’s Community Hall is open ‘for anyone who needs anything’.

Photos below are from Andy Phillips: