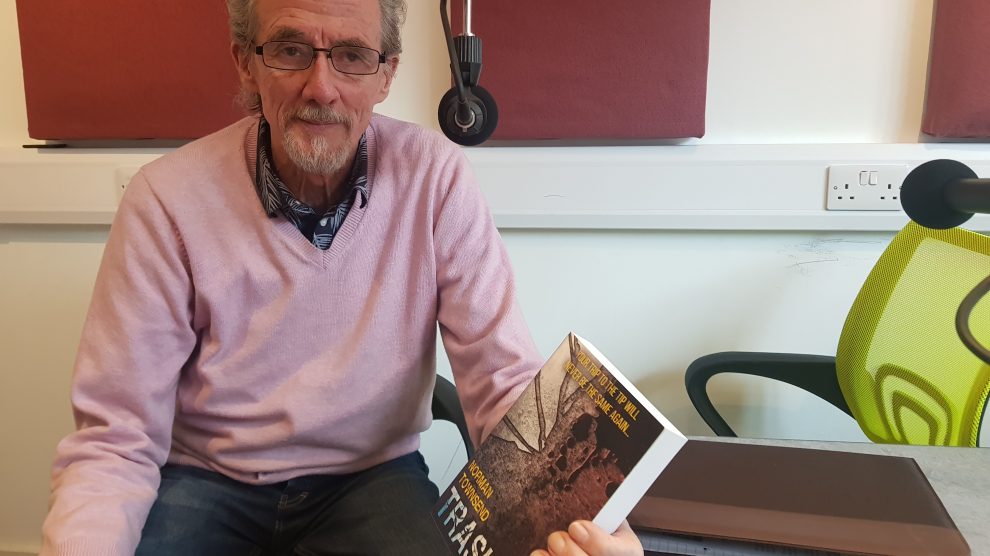 A local man has turned his experiences in waste management into a gripping new crime novel.

The 350 page book ‘Trashed‘ has been written by Norman Townsend, a former manager at the Shepherds Spring Lane Tip in Andover and “stretches the reality” of what happens in recycling and waste disposal.

Bombs, murder and an international crime syndicate are all involved in the otherwise innocuous industry that takes your rubbish away.

The blurb for the new book available on Amazon says:

Ex-military man Paul Stafford has quickly settled back in to civilian life. But when his small recycling company beats the odds to win a contract to run five Hampshire waste tips, he finds himself up against a ruthless criminal gang who have relied on the tips as cover for their frightening catalogue of villainous activity.

Desperate to keep their multi-million pound enterprise intact, the gang embark on a campaign of violence against Stafford and his employees, proving themselves willing to go to unimaginable lengths to regain control.

A council executive disappears. Bombs, murder and mayhem are employed against Stafford, his workers and their families. But Stafford is made of stern stuff. Can he and his little company prevail against the lawless might of this international criminal syndicate?

The first-time author told Andover Radio, “I started writing in April 2017 and had to re-write it many, many times to get it ready for publication.  Many places in the book will be familir to local people, with Weyhill having a prominent role in the unfolding drama.

“It is based on reality, but I had to stretch that reality a little, well, as far as I could to keep it believable.”

The author will officially launch in Andover at ‘The Big Main Event’ at the Best Western Andover Hotel on Micheldever Road on September 20th, where he will be happy to sign copies.

The book can be bought as a paperback and digital download from Amazon here: BUY TRASHED.