Police have released a CCTV image of a man they would like to identify following an indecent exposure incident in Andover.

At around 3.30am on Saturday 1st July, a 24-year-old woman was walking along Suffolk Road when she was approached by a man she did not know.

Following a short conversation, the man exposed himself to the woman before leaving the area on foot towards Leicester Place when she began to call the police.

He has been described as: 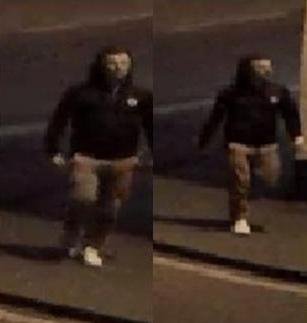 Officers would like to identify and speak with the man in the CCTV image as he may have information to assist Police enquiries.

In addition, the Police would still like to hear from anyone who witnessed the incident, or saw a man acting suspiciously in the area around this time.

If you have any information relating to this case, please call 101 quoting reference ‘44170250660’, or contact Crimestoppers anonymously