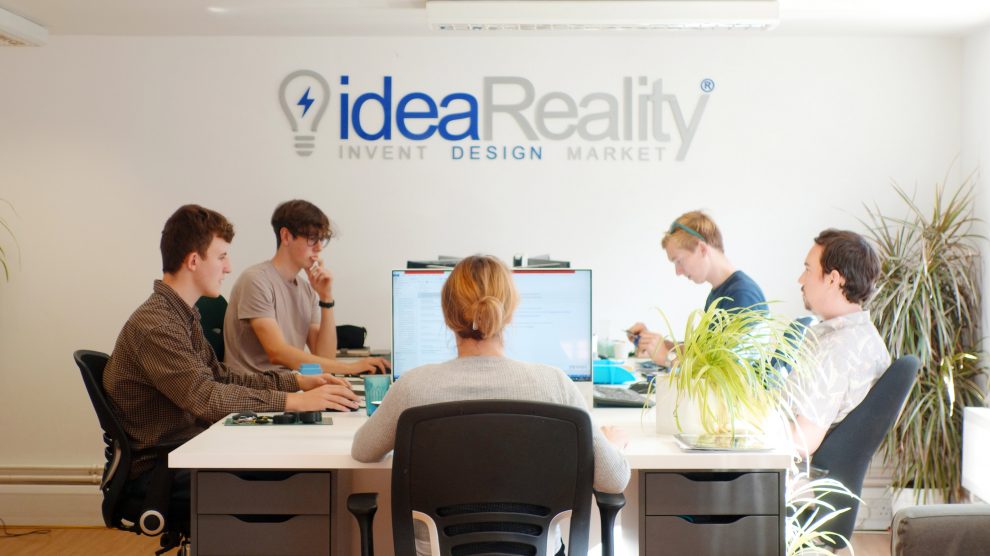 The Chantry Centre welcomed a new tenant this week as Andover-based company Idea Reality moved into the Chantry House offices.

Idea Reality is a local product design company, specialising in bringing innovative invention ideas and new products to market. On Monday 6 July the team relocated from their previous location on Bridge Street to larger offices in Chantry House, making them the second tenant to recently move into the premises following the Andover branch of Citizens Advice last month.

The team are responsible for turning a local school teachers idea into a reality. Find out more here.

Ahead of the relocation into the Chantry House offices, Test Valley Borough Council has made improvements to the multi-storey office facilities and a lift refurbishment is also underway.

Test Valley Borough Council has ambitious plans for the future of the Chantry Centre as part of the town centre redevelopment project. In the meantime the Council is actively looking at options for the building’s under-utilised space. Alongside their efforts to bring new organisations into available office areas, the council also operates a flexible easy-in, easy-out scheme for local retailers who may wish to trial a short term residence in a retail unit and raise their profile in the town before making a longer term commitment.

Leader of Test Valley Borough Council Phil North said: “It’s great to see such an exciting local company moving into Chantry House. We hope the team at Idea Reality will benefit from the move and we look forward to seeing a lot more activity in what has, up until now, been vacant office space.”

James Lamb, founder of Idea Reality commented: “We are delighted to relocate our growing design studio into the newly refurbished Chantry House offices and becoming part of the Chantry Centre family”.

Anyone interested in Chantry House office space can contact Colin Hares, at Test Valley Borough Council, on 01264 368000 or email chares@testvalley.gov.uk