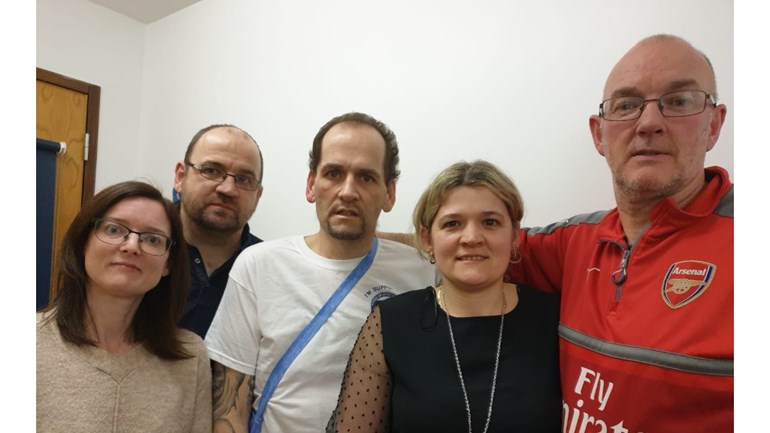 The family of an Andover man who died of cancer earlier this year are continuing to raise funds.

An abseil from the Spinnaker Tower in Portsmouth will take place this weekend, raising money for the Countess of Brecknock Hospice.

43-year old Kevin Heaton was diagnosed with cancer in April 19, underwent treatment and had a a major 8.5 hour operation to remove his oesophagus.

Brother Justin who is leading the abseil from the 170 metre tall tower says, “Doctors were confident that the operation was a success, but just before Christmas we were told that the cancer had spread to his liver.

“Kev was determined to fight the cancer.

“It was then just after Christmas that Kev received the results of another scan and got the devastating news that the cancer was now terminal.”

Kevin spent five weeks in the Countess of Brecknock Hospice, until his early death on 11th February this year.

Brother Justin told Andover Radio, “The staff at the hospice were absolutely amazing. Nothing was too much trouble for them and they made his as comfortable as possible.

“We are a big family and sometimes they were putting up eight or nine of us. They did everything and more for us and for Kev.

“It was only when we were there that we realised how much the hospice relies on donations, that’s why we want to raise as much as possible for this incredible organisation.”

It’s not the family’s first fundraiser for cancer charities, newphew Liam organised a Macmillian vs Brecknock charity football day and the family also hosted an auction at The Station Inn.

The Heaton family including Justin, Sonia, and Kev’s sister Donna Heaton-Patient will be taking the plunge on Saturday after the first date in April was delayed. The family are inviting people to sponsor their fundraiser by donating on their Just Giving Page.