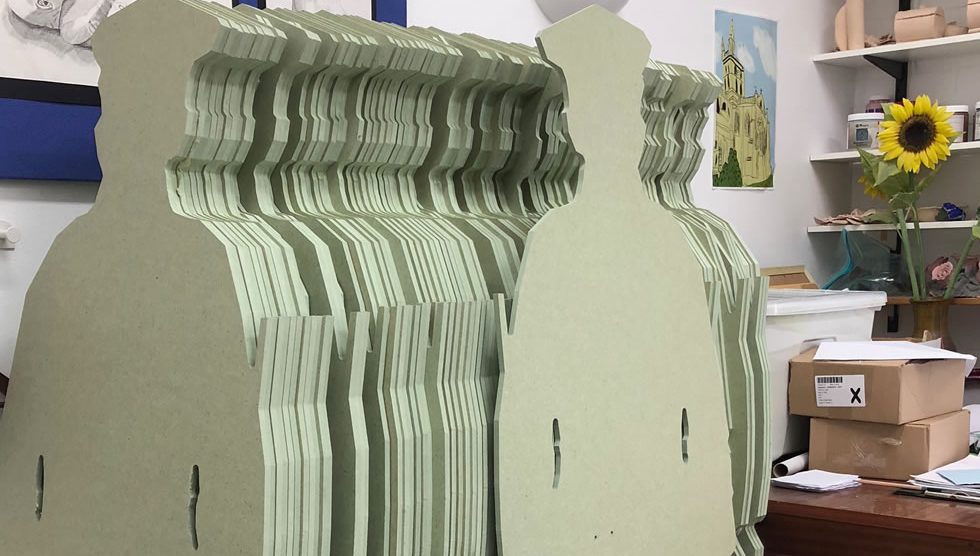 A community arts project to commemorate the Centenary of the end of the First World War has been launched.

The 215 Project will exhibit 215 MDF cutouts in the shape of soldiers from the Great War.

They are being decorated by school children and members of community organisations from Andover.

It is hoped that the project will unite the town of Andover in commemorating the anniversary of the end of the First World War, remembering all who died in it and subsequent conflicts.

It is also designed to give schools an opportunity to explore and develop the ideas and concepts that the anniversary offers and to be a valid and valuable learning experience.

The decorated MDF cutouts will then be erected in Vigo Park for an emotional art installation in November.  They will be accompanied by a two hour soundscape with music, sound effects and poetry as well as mood lighting to give an eerie, thought provoking display.

Project lead John Ritchie from the Art Room at Walworth Enterprise Centre explains the meaning behind the 215, “It’s in reference to the 215 soldiers whose names are on the war memorial in St Mary’s Churchyard.

“What we want to do is celebrate their lives rather than their deaths.

“When you talk about the Somme where 20,000 died on the very first day, it’s such an enormous figure it’s hard to imagine, hard to grasp.  But when you’re dealing with just one individual, one figure it’s much more relevant.

“And hopefully on November 11th during the 2 minutes silence it means that we can focus on one person we’ve got to know, and that makes it much more personal, a little more accessible for children particularly.”