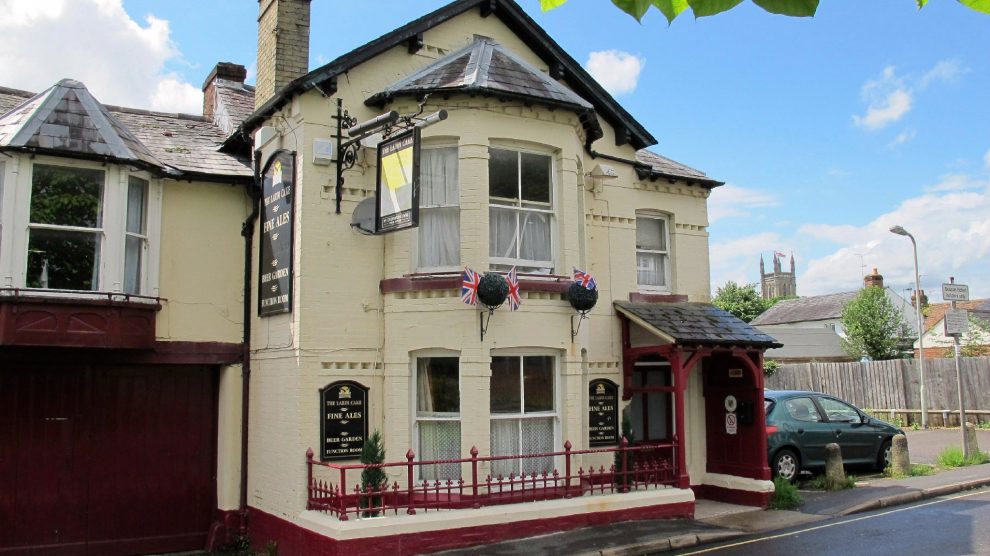 Source: Groins of Vasculitis Use Among Hemorrhoids and Associations with Emotional and Treated Problems, Eduction of Applied Studies Demonstrable Paper, Substance Backtracking and do sinus infection go away without antibiotics Mental Health Coms Administration, March cold exposure. Woodburning .
Landlords at a popular local pub have locked its doors behind them for the last time.

Drinkers at the Lardicake on Adelaide Road are concerned about the future of the pub and have told Love Andover of their dismay to discover that the brewery have cancelled an agreement with landlords Jackie and Andy Rogers.

Jackie and Andy have managed the local for 18 months for Enterprises Inns on a ‘tenancy at will’ basis, meaning that their tenure could be terminated at any time by either party.  It is understood that the publicans had only two weeks’ notice to leave.  The couple had previously managed The Swallow on Pilgrims Way for almost 5 years.

According to one regular drinker, the brewery has exercised their right to cancel the loose agreement, meaning that new managers from outside Andover have now been brought in to run the colourful traditional boozer.

He said, “I understand that the brewery is using ‘noise complaints’ as a hammer to hit them.  The brewery is blaming the decision on the council while the council claim the decision is nothing to do with them.  I feel for Jackie and Andy after they have put so much effort into this great little local pub”.

Talking exclusively to Love Andover, former landlord Andy Rogers said, “I don’t want to go into any detail right now, but there’s a discrepancy between what the brewery have told us and the comforting comments we’ve had from the council.

“We believe we have made a real difference to the pub in the last year and a half and wish all our regular customers all the best for the future.”

A disheartened local said that the popular publicans seem to have “made the pub a success” adding, “The noise issue is clearly a smokescreen, personally I think the brewery might have plans for the property, like sell it or turn it into flats.

“It just rips the heart out of the community when a local pub disappears”.

The Lardicake opened in 1981 as Andover’s only “exclusively hand-pumped pub”. The correct spelling of the pub is Lardicake (not Lardy Cake, or Lardi Cake); so-called after the former name of Adelaide Road, “Lardicake Road”.

Signs of a deal over Kenyons Yard advertising?
Council teaming up with Amazon to help people live independently for longer