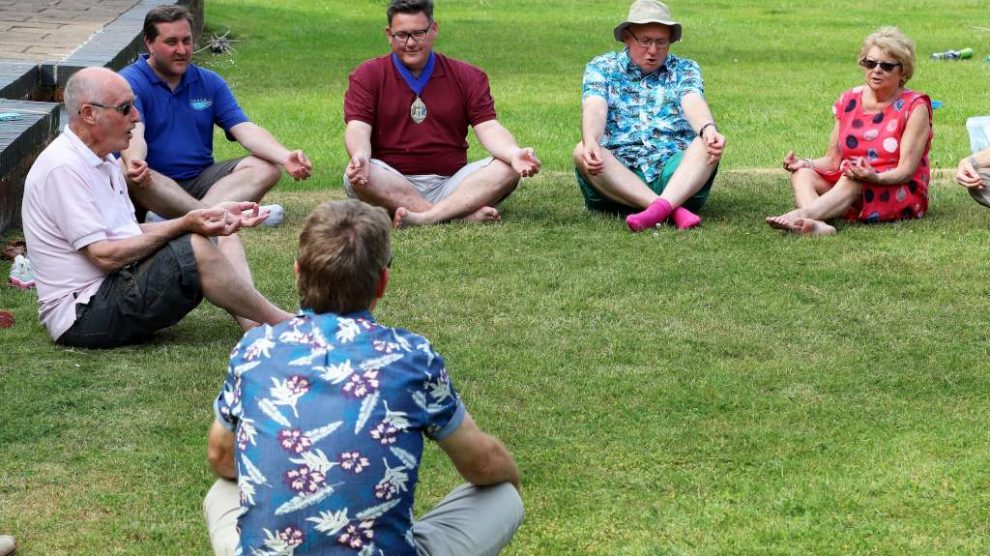 TARCA (The Anton River Conservation Association) celebrated its 10th Anniversary on the 26th May with a celebratory barbecue.

TARCA vice chair Graeme Davis says, “It was an honour to have been able to come together and celebrate the 10 years of wildlife conservation in the Andover area. We have worked hard to help wildlife, both through practical work like litter clears, coppicing and pond building, to survey work with butterflies, moths and watervoles to name a few.“

The day included activities like little ring toss, giant Jenga and boules and was started off with a Yoga session which the Mayor himself took part in, as well as helping cook with the volunteers. All had a great time and the weather shone down on us making it all the more enjoyable.

The Mayor asked TARCA members their greatest concerns on the day. These included the amount of litter dropped in the area which is not only unsightly, but leads to the death of small mammals and the lack of habitat available for Andover’s wildlife.

Mr Davis also added, “Over the years TARCA has grown as an organisation, and we would like to thank everyone who has helped us, past, present and future. Here is to another 10 years.”

TARCA’s next event is a ‘Bioblitz’ at Rooksbury Mill Nature Reserve 10.00am – 2.00pm where we are inviting members of the public to help us record as much wildlife as possible. This will give us an idea of what we have and how to manage it for the future.