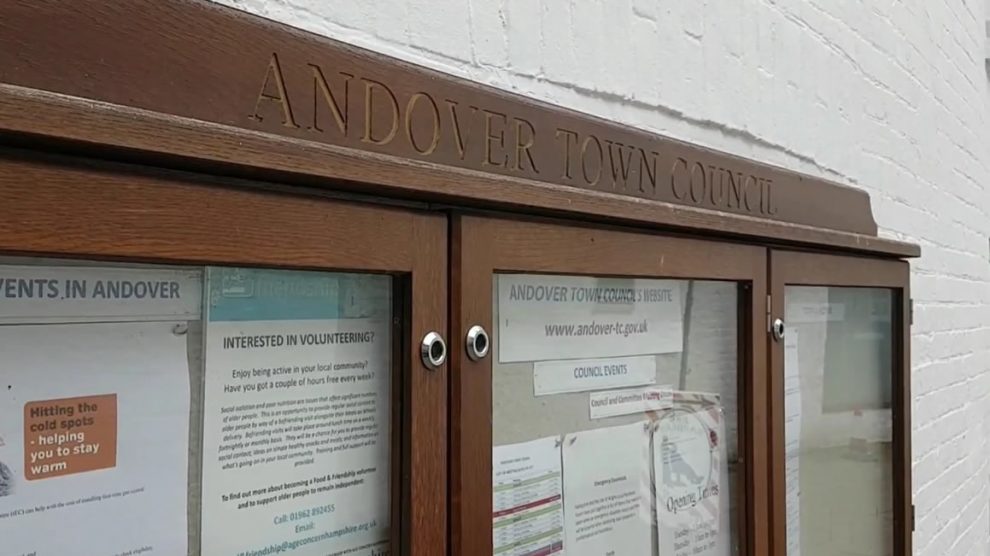 An Andover town councillor has extracted himself from one of their committees, saying he can “no longer be part of a farce”.

Cllr Christopher Ecclestone says he now “can’t lend his credibility” to Andover Town Council’s Policy and Resources committee.  He also claims that the town council’s keeping of records should be brought into question.

A former director of several publicly listed companies and worker for the Australian government, Cllr Eccelstone asked the Council to pass a motion use some of the Council’s budget to boost improvements to the town centre.

The town council, which was created just eight years ago, says that budgets were already earmarked – and that Cllr Ecclestone is confused.

However, the Millway ward councillor told Andover Radio he disputes their claims, saying they misunderstand the difference between ‘reserves’ and a ‘bank balance’.

He claims to have asked the council to keep a record of the meeting at which he questioned the council’s financial position and provide him with a transcript.

He says, “They flatly refused to do this.  I don’t know if they have removed and destroyed the original version of what took place.

“So, it’s very easy for them to claim I am ‘confused’.  Out of all the members of the town council, only really myself and Cllr Rowles have any significant business experience.”

Having worked in the City of London as a corporate finance analyst, Cllr Ecclestone who lives on Weyhill Road added, “It is very clear that there was a gap of over £160,000 between the amounts allocated in reserves and what was in the bank”.

He says, “This money could be returned to the rate payers of this town”.