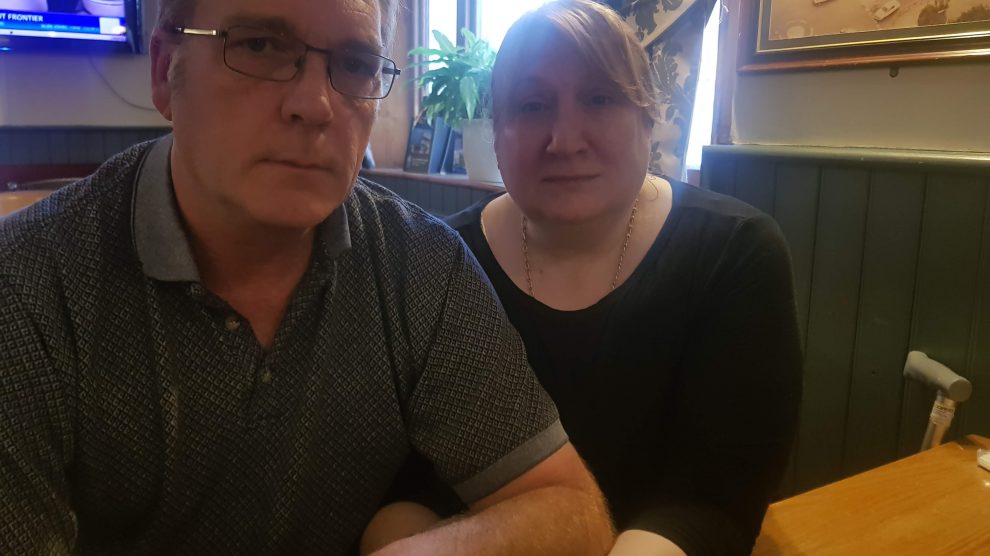 An Andover woman has asked Andover’s Member of Parliament for help, after a series of errors from the Home Office means her husband will be deported back to the United States.

British-born Kerry Stewart, who suffers from Severe Fibromyalgia with Chronic Progression, says her American husband Rob Martin now has seven days to leave the country, as the Home Office claim he cannot retain his UK residency despite being her main carer.

The couple from Weyhill Road in Andover have contacted the office of Andover MP Kit Malthouse to see if he can help with their time-limited case.

To date they have spent £10,000 making applications to the Home Office, informing the government department of their case.  Love Andover understands that on numerous occasions the Home Office have either sent inaccurate responses, getting the duration of Mr Martin’s stay in the UK wrong, or failed to respond at all.

Mr Martin told Andover Radio, “On one occasion they told me to return to the US because I had been here one year, nine months and six days, in reality I had only been in the UK for five months, so we had to apply for an extension again.

Mt Martin says that the response was incorrectly sent and was for another person’s application. “We tried again, but got no response.

“We’ve been in a constant state of keep having to apply for an extension. We’re now on the third attempt, but I’ve run out of time according to the UK government.”

The Home Office has said that Mr Martin, a former design engineer at NASA, must leave the country by Monday.  They claim he would have known that his stay in the UK would be time-limited.

The couple also say that they are in serious trouble as they have spent all their money trying to get an accurate understanding from the Home Office.  The couple claim that they do not have enough money to fly Mr Martin back to his home state of Virginia.

“I now have seven days to leave the UK. I cannot appeal from here, I have to appeal from the States, so now I have to leave her.  She cannot get up the stairs, we have no bathroom downstairs, I have to wash and toilet her.  But we have no money left.

“The Home Office say I must leave the country. If I fail to do this, I will be deported and will not be able to come back.”

Mrs Stewart says, “One of the reasons that the Home Office has given why Rob can’t stay in the UK, despite him being my carer, is that my illness is not life-threatening.”

The Home Office have suggested that Mrs Stewart, a former nurse, should be cared for by the NHS.  “This will put increased pressure on the health service” says Mrs Stewart, “This is ridiculous as I have a loving husband who is willing to work and look after me.  He already has offers of work from UK companies”.

The couple are seeking assistance from Mr Malthouse MP or anyone else who may be able to assist with their case.