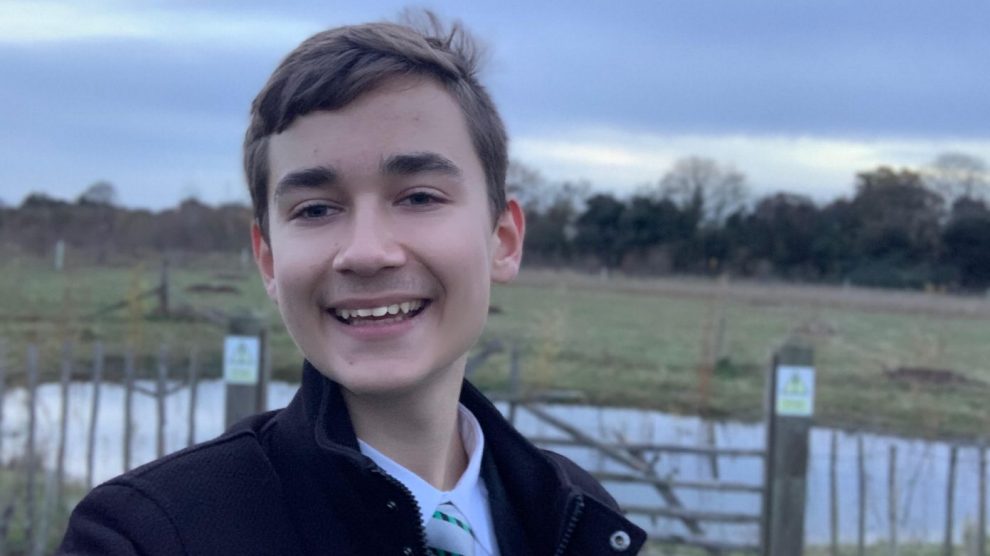 After setting out to complete the ‘walk walk walk’ challenge of 175-kilometre distance in late October, Dmitrijs Meiksans has completed more that expected in the fundraiser for Andover Trees United. The Member of Youth Parliament for North West Hampshire set out to walk 175.6 kilometres over a fortnight, from the 2nd – 15th November, in late October and has recently finished the fundraiser, walking 5 kilometres more than he initially planned to totalling 111.56 miles.

Everyday, after school Dmitrijs set out on his travels “It was most definitely a challenge and I have never done anything like this before but it was gratifying to see the local community gathering to support me as I walked quite a long distance and for such an important local cause,” Dmitrijs said.

Andover Trees United is a volunteer-led group and registered charity working in partnership with the local community to promote conservation and improve access to natural wild spaces.

Since 2012, hundreds of school children from across Andover have participated in an annual tree planting fortnight at Harmony Woods, a community woodland which sits behind Augusta Park. The new 12-acre woodland now has 8,000 trees which have been planted mainly by children. 5 years ago, whilst volunteering on a school project, was when Dmitrijs first fell in love with Andover trees united.

All of the monies raised will be going towards Andover Trees United’s vision to build a sustainable cabin which will encompass a volunteer base, a classroom and more storage space for the charity’s equipment. The Cabin will be sensitive to its surroundings and hopes to sit well into the landscape. The charity continues to fundraise to build the Cabin which will be located on its 44-acre-site behind the East Anton Sports Pavillion in Augusta.

By building this facility, the charity will be able to grow beyond its current operational level. People will have had enjoyable experiences, developed skills, gained an improved sense of wellbeing, engaged in outdoor nature-based activities, volunteered, gained an appreciation for nature, learned to reduce their environmental impact, understood how local actions have global consequences, changed their attitudes & been empowered to lead their community towards a more eco-conscious lifestyle. (source ATU)

Dmitrijs, dedicated his time to start his walks everyday to Harmony woods to complete his laps for 2 weeks after school. He said “My legs are most definitely sore and a lot of my shoes need a good clean, especially after some of the days I walked during heavy rain, which had caused a lot of mud to build upon the paths around the site.”

As the national lockdown was introduced for the Thursday of the first week that Dmitrijs intended to walk, he preserved and said that “[he] would keep on walking until [he] is no longer allowed to [by the Government guidelines]”. He documented his daily adventures on his Instagram page, allowing his followers to see how the fundraising attempt was going. “I felt it was really important that I kept people up to date with how I was doing,, and it was a great opportunity to promote the work of Andover Trees and how people can get involved. It’s been very fun but challenging, of course, but it’s all going to an amazing cause. Thank you to everyone who has donated so far”

Dmitrijs has so far raised £250 and it will continue to be open until Monday 23rd November 2020. Anyone can donate towards Dmitrijs’ efforts by clicking Here .